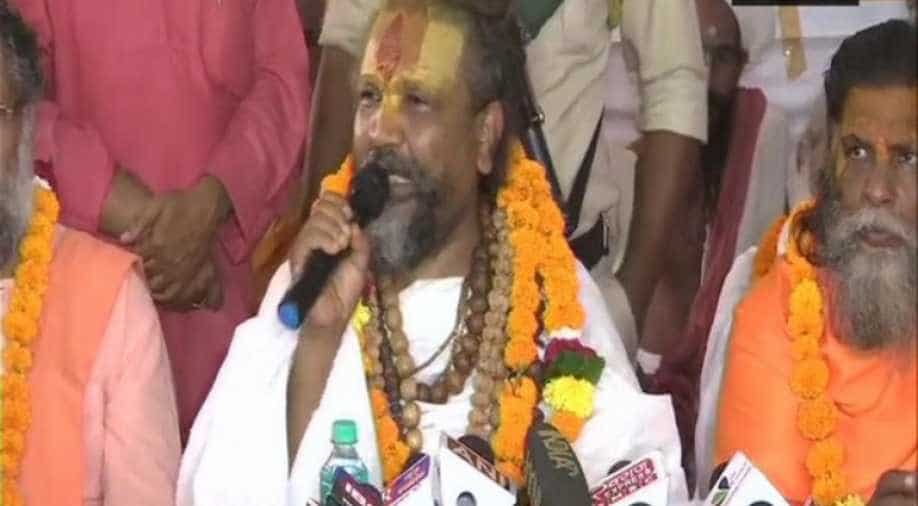 The Congress government in Madhya Pradesh has appointed self-styled godman NamdevTyagi, also known as Computer Baba, as chairman of a river trust in the state, an official said on Tuesday.

The Congress government in Madhya Pradesh has appointed self-styled godman Namdev Tyagi, also known as Computer Baba, as chairman of a river trust in the state, an official said on Tuesday.

The state spiritual department passed the order of appointing Tyagi as head of the ‘Ma Narmada, Ma Kshipra and Ma Mandakini Rivers Trust’ a few days back, just before the model code of conduct for Lok Sabha polls came into effect, he said.

Notably, Tyagi was accorded minister of state (MoS) status by the previous BJP-led government last year, but he later resigned, accusing the then chief minister Shivraj Singh Chouhan of “not fulfilling” the promise of stopping illegal sand mining in the river Narmada.

Tyagi told PTI on Tuesday that he would now work to conserve the rivers in the central state and check illegal sand mining.

“My priority would be to rejuvenate the three holy rivers, especially the river Narmada. I will ensure that no illegal sand mining takes place in the holy river,” he said. Tyagi, a friend-turned-critic of Chouhan, campaigned against the BJP ahead of the last year’s state Assembly polls in which the Congress dethroned the saffron party and came to power after over 15 years.