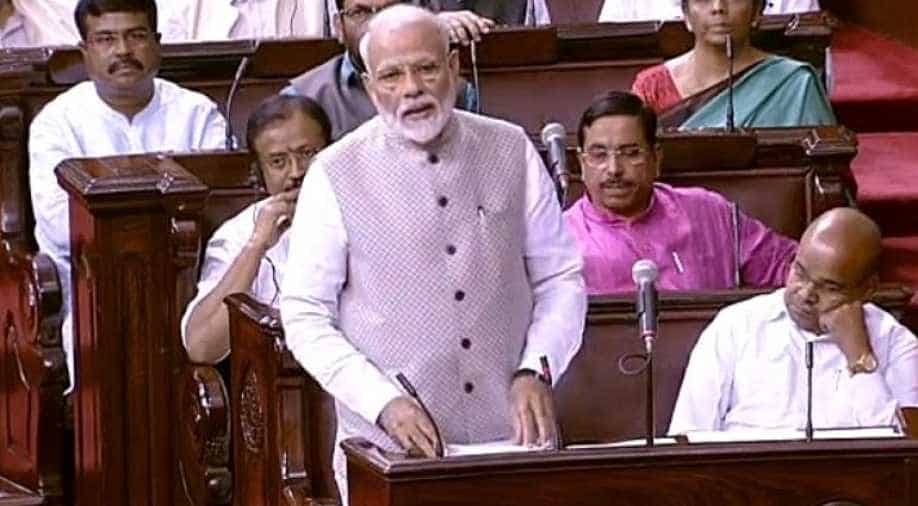 On one nation, one election issue, PM Modi asked the opposition parties to come forward and present their views.

In a stinging attack on the Congress, Prime Minister Narendra Modi on Wednesday said the Opposition party's arrogance has no limits, they can't accept defeat.

My friends in the Congress:

They have not been able to digest victory.

They have not been able to accept defat.

I do not consider this to be a healthy sign in a democracy: PM @narendramodi

Slamming Congress during his speech, PM Modi said that we should appreciate how our electoral processes have improved over the years. In 1950s polling process took a long time to complete. Violence and booth capturing were common in some places. Now, the news is about rising voter turnout. This is a healthy signal.

On one nation, one election issue, PM Modi asked the opposition parties to come forward and present their views. He said that it may not become a reality but spreading negativity even before having a discussion on the matter is not right. He cited examples of Odisha and Andhra Pradesh where Assembly and general elections are held simultaneously.

On Jharkhand lynching incident, PM Modi said that he is too pained by the killing of a youth. He said that the accused should be dealt with a firm hand. Responding to Congress leader Azad's jibe that Jharkhand has become a factory of lynching, he said, "It is wrong to blame entire Jharkhand for the lynching."

The lynching in Jharkhand has pained me. It has saddened others too.

But, some people in the Rajya Sabha are calling Jharkhand a hub of lynching. Is this fair? Why are they insulting a state.

None of us have the right to insult the state of Jharkhand: PM @narendramodi