Complaint against Janardhan Reddy for offering money to MLA 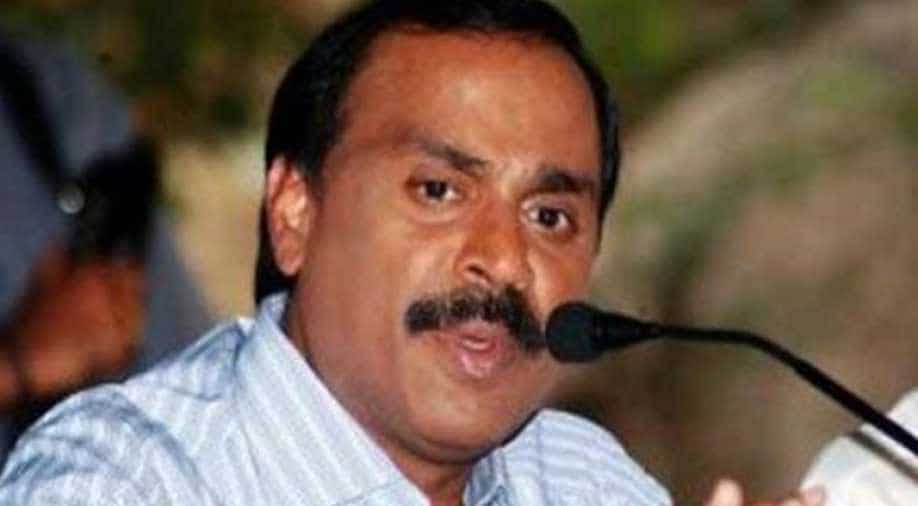 The Karnataka Pradesh Congress Committee (KPCC) has filed a complaint and demanded action against BJP leader and mining baron Janardhan Reddy for offering hundreds of crore rupees and a minister portfolio to Raichur rural MLA Basvanagowda Daddal over the phone.

An audio clip which purportedly reveals how Reddy attempted to lure Daddal to join BJP and help BS Yeddyurappa, who will be facing the Supreme Court-ordered floor test in the Karnataka assembly today, was released by the Congress party on Friday

The Congress and the JD(S) have been struggling to keep their lawmakers together after Governor Vajubhai Vala invited Mr Yeddyurappa to form the government.

The two parties made a joint bid for power after the BJP emerged as the single largest party in the recently-concluded Karnataka assembly elections,

Acting on a plea by the Congress and the JDS. the Supreme Court on Friday directed Yeddyurappa to prove the majority in the assembly at 4 pm on Saturday.

Though the BJP emerged as a single largest party with 104 MLAs, they are short of the halfway mark of 111. The Congress and the JD(S) have entered into a post-poll alliance and together with 117 MLAs they are staking claim to form the government.

Economic Survey 2023: Here’s everything you need to know