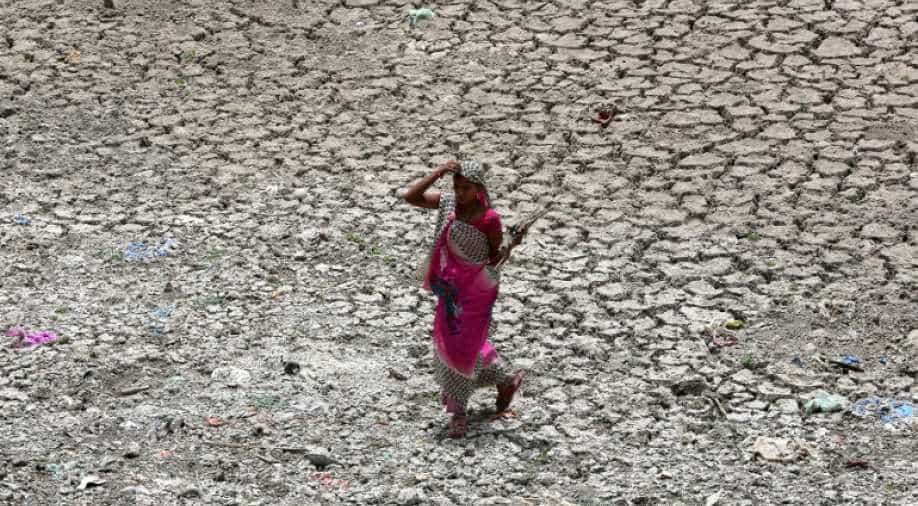 A women carries firewood as she walks through a dried-up portion of the Sabarmati river on a hot summer day in Ahmedabad, India, May 16, 2018. Photograph:(Reuters)
Follow Us

Rising temperatures and a changing monsoon in South Asia could cost india 2.8 per cent of its GDP and depress living standards of nearly half the country’s population by 2050, a World Bank report says.

According to the report — South Asia’s hotspots: The impact of Temperature and Precipitation Changes on Living Standards — almost half of South Asia’s population, including India's, already lives in vulnerable areas and will suffer from declining living standards because of falling agricultural yields, lower labour productivity, or related health impacts.

The report, by Muthukumara Mani, a World Bank economist on the South Asia region, identifies vulnerable states and districts as “hotspots”.

The report defines a "hotspot" as a location where changes in average temperature and precipitation will have a negative effect on living standards. The hotspots are not only higher temperature zones but also reflect the local population’s socio-economic capacity to cope with climate change.

India’s average annual temperature is expected to rise by 1°C to 2°C by 2050 even if preventive measures are taken along the lines of those recommended by the Paris climate change agreement of 2015.

If no measures are taken, average temperatures in India are predicted to increase by 1.5°C to 3°C, which means 600 million people would see a decline in living standards.

The report says that by 2050, Chhattisgarh and Madhya Pradesh are predicted to be India's top two climate hotspot states, and are likely to experience a decline of over 9 per cent in their living standards. They will be followed by Rajasthan, Uttar Pradesh, and Maharashtra.

Seven of the top 10 most-affected hotspot districts will belong to the Vidarbha region of Maharashtra.

The report says that in India today, approximately 600 million people live in locations that could either become moderate or severe hotspots by 2050 under a business-as-usual scenario.

States in the central, northern, and northwestern parts of India, the report says, are the most vulnerable to changes in average temperature and precipitation.

Mani says that these weather changes will result in lower per capita consumption levels that could further increase poverty and inequality in one of the world's poorest regions — South Asia.

The report does provide solutions.

In india, for example, the report suggests enhancing educational attainment, reducing water stress, and improving job opportunities in the non-agricultural sectors. The report predicts that a 30 per cent improvement in these measures could halt the decline in living standards by almost 1 per cent — from 2.8% to 1.9%.