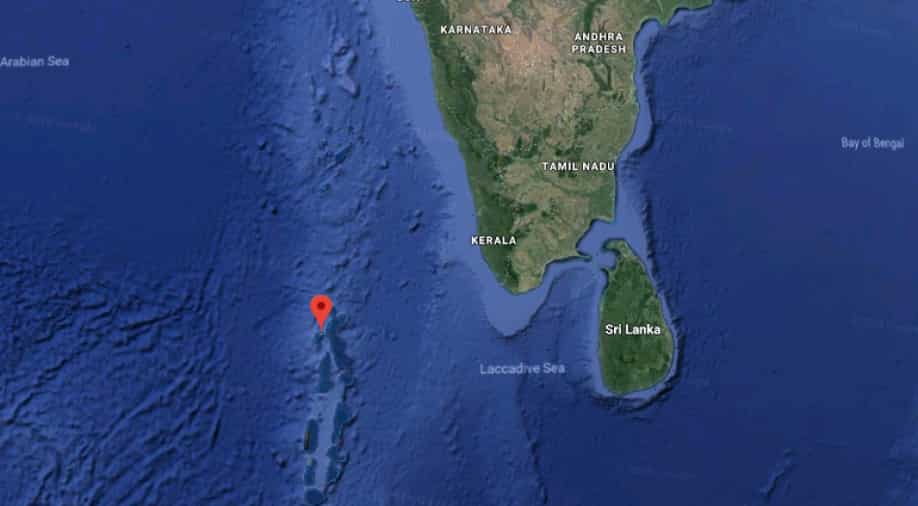 Strategically placed next to some of the most important shipping lanes in the world, the Maldives considers itself instrumental in facilitating China's OBOR in the Indian Ocean region. Photograph:( Others )

China's attempt to increase its economic and military might in the Indian Ocean came to light once again with East Asian nation's plan to establish a Joint Ocean Observation Station in the Maldives.

The joint ocean observation station which China is looking to establish in the Maldives could prove to be another security challenge for the Indian government with the Maldivian opposition leaders claiming that the observatory will also have a military application with provision even for a submarine base.

The observatory location in Makunudhoo, the westernmost atoll in the north (not far from India), will allow the Chinese a vantage point of an important Indian Ocean shipping route through which many merchants and other ships pass, said political sources in Male. It will be uncomfortably close to Indian waters and test red lines with regard to ties with the Maldives.

Indian officials confirmed that an official agreement titled Protocol on Establishment of Joint Ocean Observation Station between China and the Maldives was finalised last year around the time the countries also controversially signed a Free Trade Agreement (FTA).

They, however, said they'll have to check the specifics of the agreement before offering a comment.