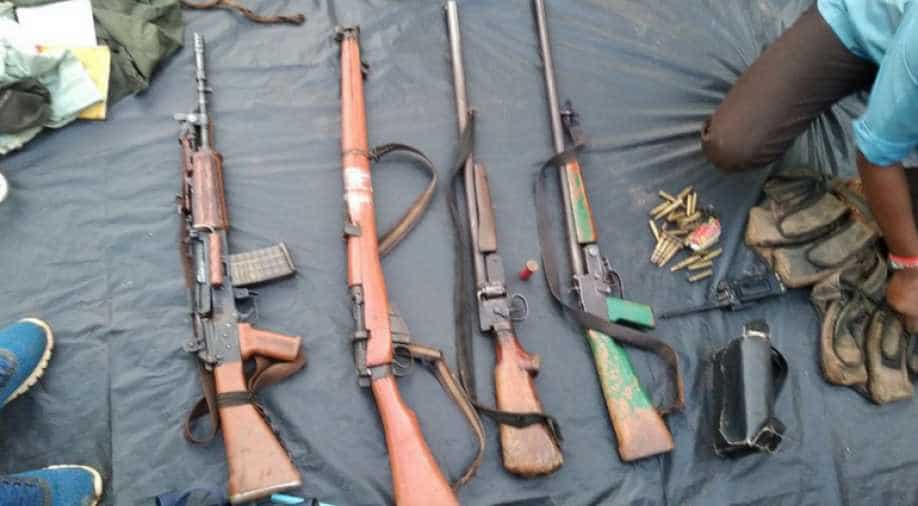 Four naxals were killed on Sunday in an encounter with security forces in Chattisgarh's Narayanpur district, around 350 kilometres from here police said. A woman was also killed among them.

The gunfight took place at around 2:30 pm in the Gumiyabeda village forest when a team of the District Reserve Guard (DRG) was out on an anti-Maoist operation, Narayanpur Superintendent of Police Jitendra Shukla told PTI.

The ultras fled the spot and entered the dense forest after a brief exchange of fire, he said.

The bodies of four naxals and weapons were found at the spot, the SP said.

The combing operation is underway in the area, he added.