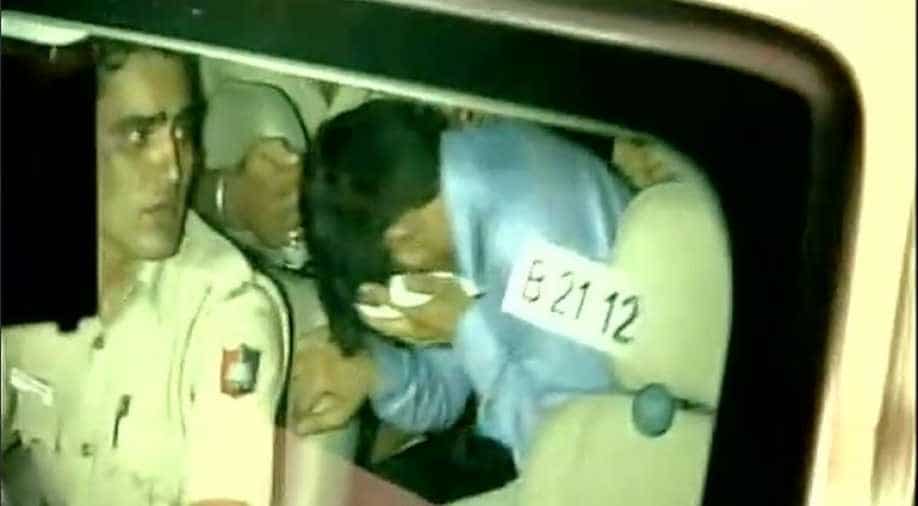 Vikas Barala at the time of his arrest. Photograph:( ANI )

The Punjab and Haryana High Court today granted bail to Haryana BJP chief Subhash Barala's son Vikas Barala, who has been booked on charges of stalking and attempting to abduct a 29-year-old woman.

Barala, 23, had been lodged in jail since August last year.

Will not call it an embarrassment, we trusted the system & the judiciary from the beginning itself, not opposing the decision as of now: Varnika Kundu on Vikas Barala being granted bail by Punjab & Haryana High Court pic.twitter.com/cXeep95F9M

He said that the defence told the court that the accused would not influence anybody in the case.

"No application was moved by the prosecution in the court on whether the alleged accused has so far tried to influence anybody in the matter," he said.

Ghai claimed that no case of attempting to abduct Varnika Kundu, the daughter of a senior IAS officer, was made out against his client.

He alleged that at the time of registeration of the FIR, the woman's father and her counsel were present at the police station and there were chances that the entire story was manipulated.

Her cross-examination was held in the district court on January 9 and yesterday.

The high court had last month directed the district court to complete the cross-examination of Kundu before January 11 when it had listed the bail plea for consideration.

The lower court in Chandigarh had rejected the bail application of Barala four times.

On December 7, the high court had granted bail to him to appear in an examination on December 18 under police custody.

Vikas Barala, who has been lodged in Burail jail here, is pursuing a law degree from the Kurukshetra University.

His counsel had sought a regular bail last month from the high court, submitting his client had been behind bars for four months.

The woman had accused Barala and Kumar of stalking and attempting to abduct her.

Charges were framed against Vikas Barala and his 27- year-old friend, Ashish Kumar, in connection with the case, which had triggered
widespread outrage and a spate of protests across the country.

The two men were arrested on the intervening night of August 4-5 last year following the complaint, but were released on bail as they
were booked under bailable sections of the Indian Penal Code and the Motor Vehicles Act.

They were arrested again on August 9 after they joined the investigation and were charged with attempted abduction under sections 365 and 511 of the IPC.