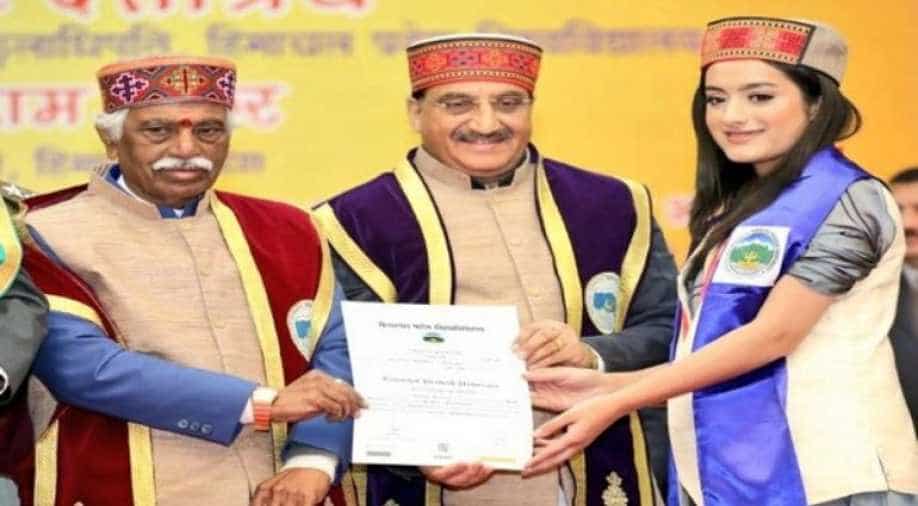 The youth has a major role to play in the vision of "New India" and the Centre was coming up with new education policy to strengthen the education system in the country and make education employment-oriented, Union Human Resource Development Minister Ramesh Pokhriyal said on Friday.

Speaking at the 25th convocation ceremony of Himachal Pradesh University, Pokhriyal said: "The youth has a major role to play in the vision of 'New India'. The Union government was coming up with a new education policy to strengthen the education system in the country and make education employment-oriented."

The Union Minister said that India was known as the 'Vishwa Guru' across the world since time immemorial due to knowledge and wisdom.

Stating that India believes in universal brotherhood and peaceful co-existence, he said: "The challenges in life become opportunities for those who accept them. With the launch of schemes such as 'Make in India', Skill India, Start-Up etc., there were ample employment and self-employment opportunities to the youth of the country."

He urged the students to work with dedication to make India a five trillion economy in the next few years.

As many as 448 degrees and gold medals were awarded on the occasion to meritorious students, out of which 276 were females and 172 males.

State Governor Bandaru Dattatraya said that the aim of education should be gaining knowledge along with character building. He called upon the students to develop skills along with higher education, which would help to get employment.

Chief Minister Jai Ram Thakur said that the state government was committed to providing quality education to students of the state by strengthening the existing infrastructure.

"The motto of the government was to make Himachal Pradesh an 'education hub' of the country," he said.