On Day 1 of his return, CBI Director Alok Verma reverses transfers ordered in his absence 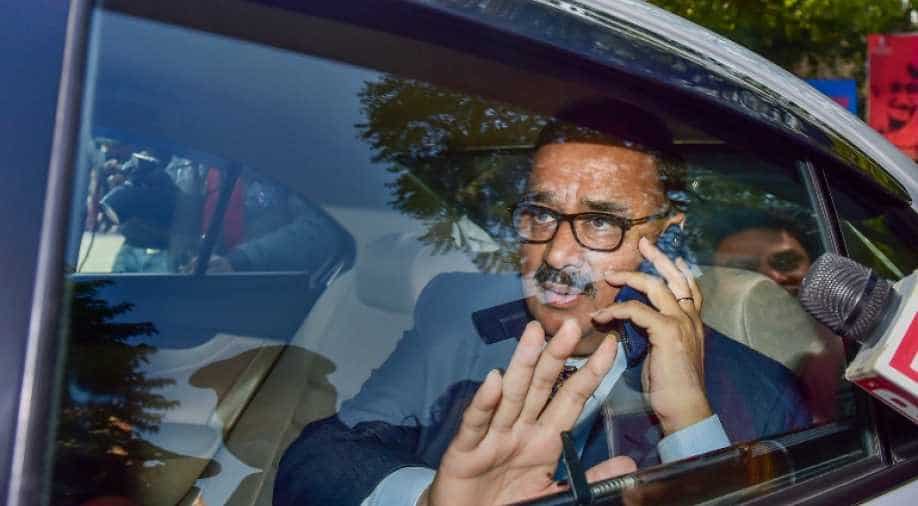 Verma returned to his office Wednesday after a 77-day exile ordered by the government.

Returning to his office Wednesday after a 77-day exile, CBI Director Alok Verma annulled most of the transfers effected by M Nageshwar Rao, who was holding the charge as the interim director.

A 1979-batch AGMUT cadre IPS officer, Verma arrived the headquarters at around 10.40 am Wednesday, a day after the Supreme Court set aside a controversial government order divesting him of all powers, amidst unprecedented public spat with Special Director Rakesh Asthana, who was booked by the agency under corruption charges.

Verma and Asthana were sent on forced leave by the government along with Verma, through two separate orders issued on October 23, 2018, late evening.

Upon his arrival at the CBI headquarters, Verma was received by Rao, officials said.

Then Joint Director M Nageswar Rao, a 1986-batch Odisha cadre IPS officer who was later promoted as Additional Director, was given the duties and functions of the CBI director late night on October 23, 2018, after Verma and Asthana were divested of their powers.

The next morning, Rao had issued seven transfer orders including those probing corruption case against Asthana, like DySP A K Bassi, DIG M K Sinha, Joint Director A K Sharma, among others.

On January 3, 2019, he had transferred officers of Joint Director Rank.
Verma issued two orders Wednesday "withdrawing" all the transfers done by Rao on October 24, 2018, and January 3, 2019.

In his expansive office on the 11th floor of the imposing glass and concrete CBI headquarters building, Verma also kept a keen ear on the developments related to the meeting of high-powered selection meeting announced for the evening as a stream of senior officers kept him busy, officials said.

He remained in office till late at night, they said.

In sending Verma on leave, the government overlooked the immunity given to the CBI director by the Supreme Court ensuring a two-year minimum tenure to protect the incumbent from any political interference.

The government tried to justify its decision, saying it became necessary amid an unprecedented feud between the two senior-most officials of the agency who had levelled charges of corruption on each other, an argument rejected by the apex court Tuesday.

In its order Tuesday, the Supreme Court set aside Verma's forced leave but restrained him from taking any major policy decision till the CVC probe into corruption charges against him is over.

In the absence of any clear definition of "major policy" decisions, the grey area exists as to what extent Verma's powers will be limited.

The apex court said any further decision against Verma, who retires on January 31, would be taken by the high-powered committee which selects and appoints the CBI director.

The Supreme Court in the Vineet Narayan judgment had fixed a minimum tenure of two years for the CBI director to give him immunity from any political interference.

Later, through the Lokpal Act, the process of selecting the CBI director was handed over to a selection committee.