Can share our good, bad experiences with India on trade deal with US: Mexico 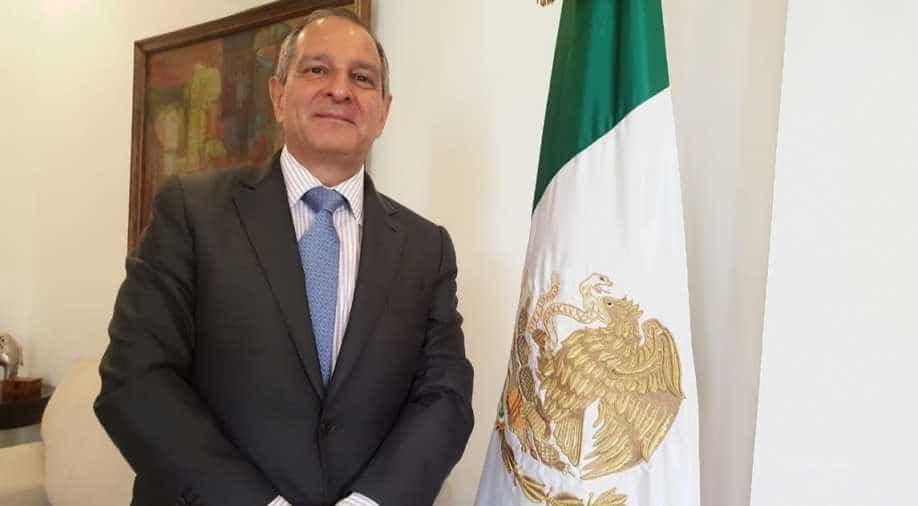 Mexico, US and Canada recently concluded a new trade deal. India is also negotiating a trade agreement with America.

Mexico can help India in chalking out a trade deal with the United States, envoy Federico Salas said while talking to WION's diplomatic correspondent SIdhant Sibal.

Mexico, US and Canada recently concluded a new trade deal. India is also negotiating a trade agreement with America.

Speaking to WION, Mexican envoy to India also talked about the country's relations with India and how they plan to celebrate 70 years old ties.

WION: How do you see the relationship between India and Mexico?

Federico Salas: We have a very good relationship and a growing relationship. In the past year, Mexico has become India's number one trading partner in Latin America. India is within our top 10 trading partners in the world. It is becoming a very good relationship on the economic side, there is mutual investments of Mexican companies in India and Indian companies in Mexico and at the same time, we have a growing relationship in terms of policial strategies to address. Issues of regional and global importance. We had a joint commission meeting, our vice foreign minister was in Delhi and held talks with the foreign ministry and as well as trade and agriculture ministry. The idea is to enhance the relationship. We are trying to build a strategic relationship which is a very high level.

WION: Next year we celebrate 70 years of ties? What do we plan?

Federico Salas: We are going to organise several events in India of cultural nature and we also hope to have high-level visits, business delegation, academic one, and especially sort of bring Mexico to India. The Indian government is also planning a number of events in Mexico. We are starting the commemoration of 70 years of ties, in the end of November and early December, there is going to be the international book fair of Guadalajara which is the largest Spanish speaking book fair in the world and a very very important event and India is the guest of honour this year; for nine-days, India will have the opportunity to bring its writers and publishers but also many other manifestations of its cultural richness in terms of dance, performances. It will be a major showcase for India in Mexico. We have also organised the first-ever meeting between university presidents of Indian and Mexican. We have 20 university presidents of both countries and this will enrich the relationship that will benefit our academic institutions.

WION: How do you see India's role in Latin America?

Federico Salas: Mexico has become the first trading partner of India in Latin America. India is also having a greater presence in Latin America, not only in Mexico, in other countries as well. This has enormous potential and India has a lot to offer to the world, not only in terms of trade but also in terms of innovation and creativity in the technological sector and that can be beneficial to Latin American companies.

WION: You had a trade deal with the US, India is planning to have one; what experience you would like to share?

Federico Salas: Trade negotiations are always difficult. This is the second time we had broad negotiation with the US on a free trade agreement. The first was in 1993, the new agreement has been ratified by Mexican legislature and we hope it will be ratified by both Canadian and American congress soon. We can share with our Indian friends in terms of best practices and how to deal with some of the very difficult issues of a broad relationship like the one we have with the US. We have created in the North American sphere largest trading bloc in the world, so obviously, there are many things we can share on how to deal with this, especially when it comes President administration in the US, which has been sometimes very vocal against trade agreements, very willing to use tariffs as a pressure point, so basically going against the spirit of free trade. We can share our good and bad experiences with friends like India.