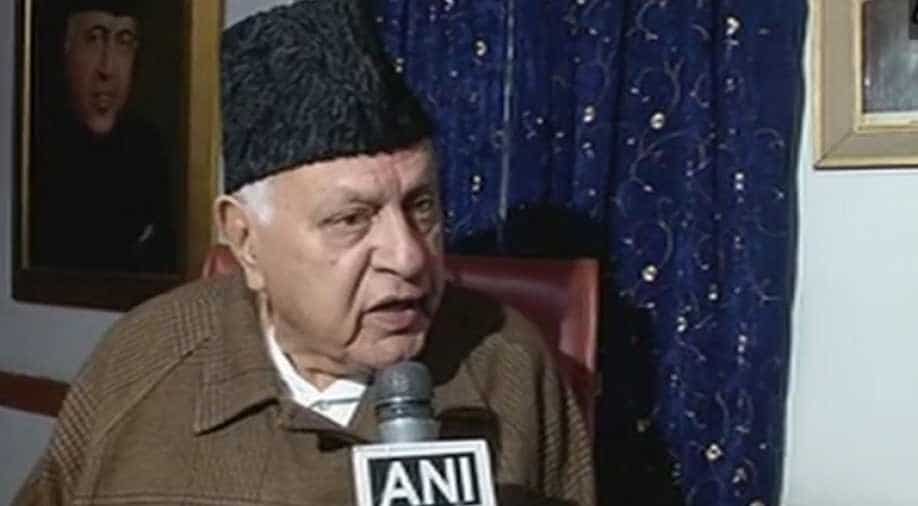 Abdullah had promised regional autonomy if his party comes to power in Jammu and Kashmir after next year's assembly election.

The BJP on Friday hit out at National Conference chief Farooq Abdullah over his remarks to grant autonomy to Jammu, Ladakh and Kashmir regions if his party comes to power in the state.

Mr Abdullah had on Thursday promised regional autonomy if his party comes to power in Jammu and Kashmir after next year's assembly election.

"I want to make a promise that God willing if we form the next government, we will bring a resolution to grant autonomy to the three regions (within 30 days)," Mr Abdullah said, as he welcomed expelled BJP leader and former MLA Gagan Bhagat into the National Conference.

"By making such a statement the real face of the communal approach of the National Conference has come in open", he said.

Mr Sethi said that National Conference wants to divide the people of Jammu Province into regional subgroups to create subregions of a Muslim majority by creating mistrust and hatred between people who have always lived in complete harmony.

"Jammu is a shining example of all religious and linguistic groups living in complete harmony unlike the intolerant Kashmiri population who forced minority Kashmiri Pandits to migrate," he said.

National Conference has no political agenda for the state except for blindly falling in line with separatists, including Hurriyat Conference, for petty political gains, he added.

"Gagan Bhagat had been expelled from the BJP, not because of his matrimonial dispute, but because he had kept a young girl belonging to a poor family in his house with whom his objectionable pictures and videos came in the media," Mr Sethi claimed.

"By misusing his position as an MLA, he had created a situation of fear and helplessness for the poor family which was a heinous act as a political worker. In the coming elections National Conference will have to give an answer to the voters for having such a person in the party," he added.