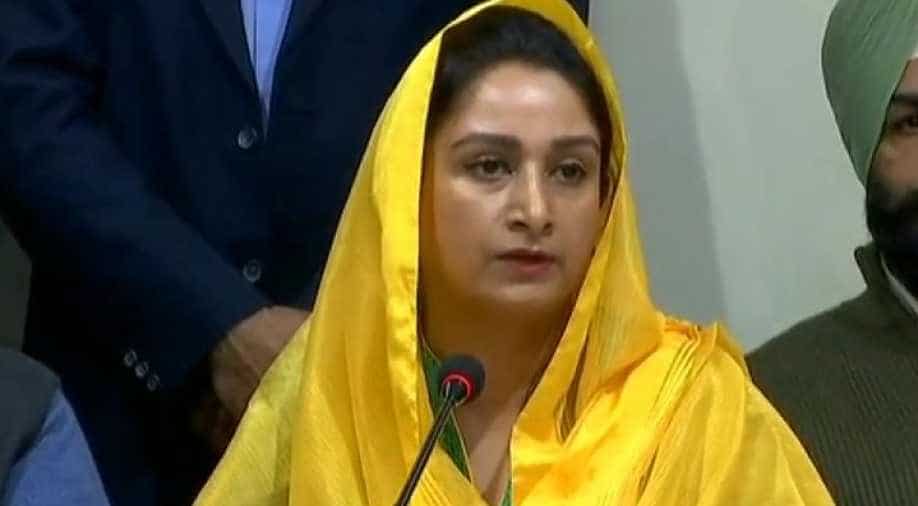 The SAD's alliance began with BJP's precursor Jan Sangh in 1967, and thereafter both parties have contested most of the elections together.

Senior SAD leader Harsimrat Kaur Badal on Saturday said the BJP-led NDA government at the centre turned a blind eye to Punjab and is not the alliance that was envisioned by former prime minister late Atal Bihari Vajpayee.

Harsimrat Kaur Badal, who recently resigned from the Union Cabinet in protest against the farm bills made these remarks after her husband and SAD president Sukhbir Badal announced that the party was pulling out of the BJP-led NDA alliance.

"If pain and protests of three crore Punjabis fail to melt the rigid stance of the Centre, it is no longer the NDA envisioned by Vajpayee ji and Badal sahab," she tweeted.

"An alliance that turns a deaf ear to its oldest ally and a blind eye to the pleas of those who feed the nation is no longer in the interest of Punjab," she said.

The SAD's alliance began with BJP's precursor Jan Sangh in 1967, and thereafter both parties have contested most of the elections together.