Bihar: Death toll rises to 107 due to acute encephalitis syndrome 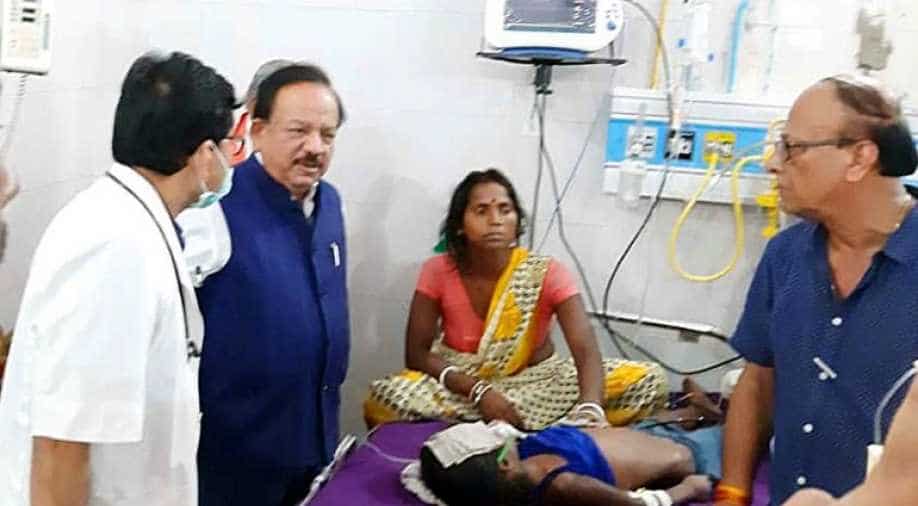 AES is a viral disease, which causes mild flu-like symptoms such as high fever, convulsions, and headaches.

As many as 107 children have lost their lives due to acute encephalitis syndrome (AES) here, officials said on Monday.

In the wake of fatalities due to AES, Chief Minister Nitish Kumar had earlier announced an ex-gratia of Rs 4 lakh each to families of the deceased.

He had also given directions to the Health Department, district administration and doctors to take necessary measures to fight the disease.

AES is a viral disease, which causes mild flu-like symptoms such as high fever, convulsions, and headaches.

Last week, Bihar Health Minister Mangal Pandey had said a team that was formed to ascertain the cause of this disease concluded that sleeping empty stomach at night, dehydration due to humidity and eating lychee on empty stomach were some of the causes of encephalitis.

Union Health Minister Dr Harsh Vardhan visited the families of the children suffering from AES in Muzaffarpur and assured them of all possible help from the Centre.