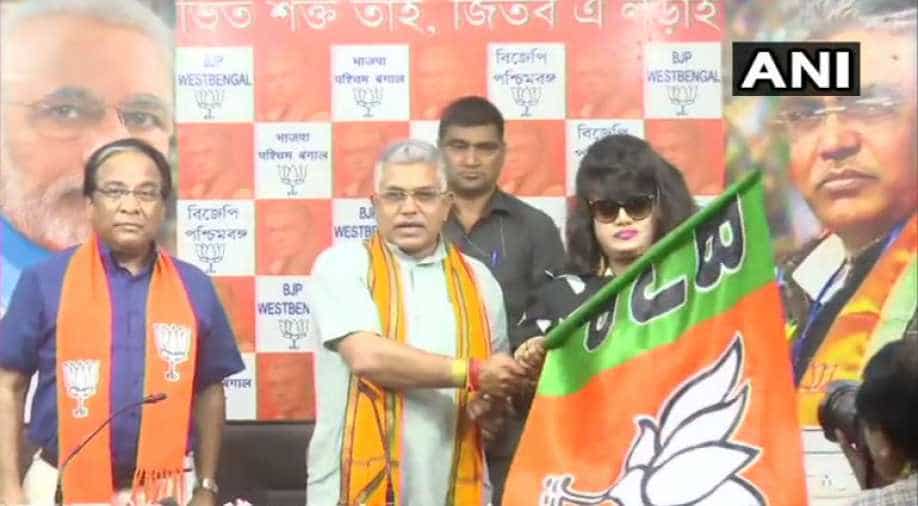 During the event, Ghosh was handed over a BJP flag.

The actress, however, refused to answer queries as to whether she was still a Bangladeshi citizen or has been given any such status by the Indian authorities.

In mid-April, there was a huge furore after Bangladesh actor Ferdous Ahmed was seen campaigning for Trinamool’s Raiganj constituency candidate, Kanaia Lal Agarwal.

The Central government cancelled Ferdous's visa and blacklisted him.

In 1989, her film 'Beder Meye Josna' made a record of being the highest grossing film in Bangladesh film history.