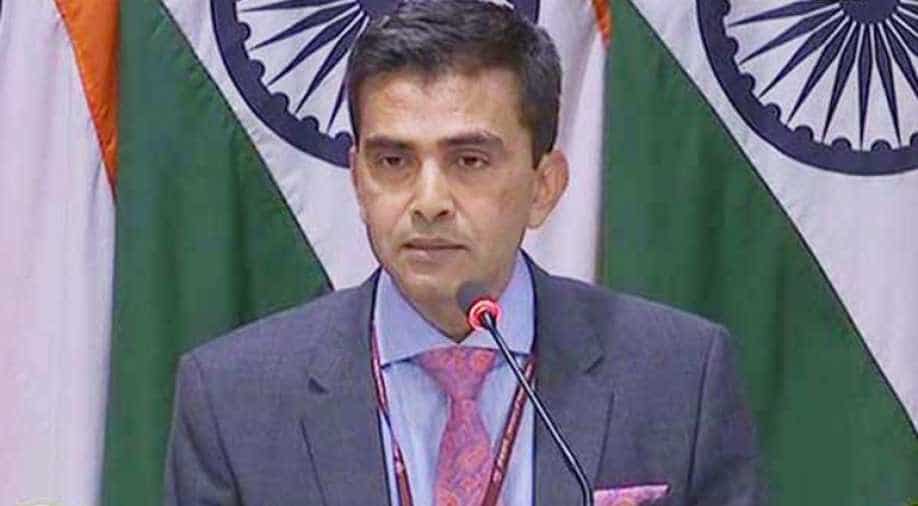 Its been more than 4 months since Pakistan closed its airspace for any flights using Indian airspace.

Even as the closure of Pakistan airspace impacts millions of passengers across the world, India has reacted saying its a unilateral decision by Islamabad to close their airspace and up to them to remove any restrictions.

Spokesperson of the Ministry of External Affairs Raveesh Kumar said, "The decision to open their airspace has to be taken by them... This is a decision we haven't imposed on Pakistan, this is they have taken, they have to remove restrictions, ball in their court, not ours."

Asked about its cost of closure of Pak airspace, Kumar said, "You are talking about the cost to us, I hope you are aware of the cost to Pakistan."

Its been more than 4 months since Pakistan closed its airspace for any flights using Indian airspace.

Pakistan had closed its airspace in February after it launched an attack on Indian military installation in response to Indian strikes on Jaish-e-Mohammed terror camps in Balakot on 26th February.

The united nations listed Pakistan based terror group was responsible for the February 14 Pulwama terror attack that killed more than 40 Indian security personnel.

The closure is impacting many Afghans who travelled to India on a regular basis but now have to pay more to travel. The time taken has also significantly increased from just one and a half hour to more than 3 hours now.

Afghanistan has raised the matter with Islamabad many times, but the country has not changed its position.

Its also impacting Indian students in central Asian countries like Kyrgyzstan due to non-availability and high cost of flights to India. Many International airlines have cancelled flights to India due to the closure of Pakistan airspace.

The closure of Pakistan airspace has caused a loss of $100 million to Pakistan.

Various Pakistani civil aviation authorities are losing overflight charges, parking and landing charges etc to the tune of $600,000. In fact, the number of direct flights to Pakistan has also been cancelled and its state-run national airlines PIA-Pakistan International Airlines, which is already under tremendous pressure, is facing more loss of revenue due to the closure of airspace.