Back of armed militancy in Kashmir broken: Top army commander 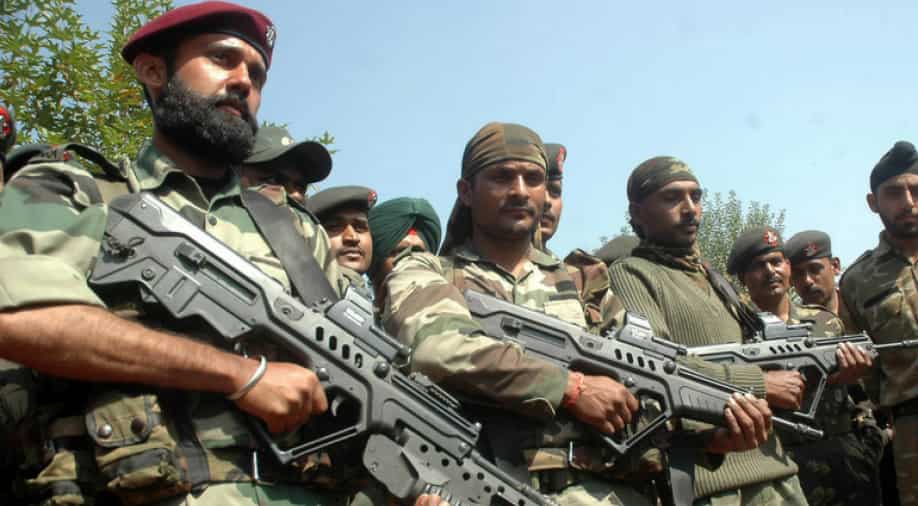 South Kashmir was known as the Ground Zero of Jammu and Kashmir militancy with the highest number of attacks on security forces recorded here last year. (Image source: Wikimedia Commons) Photograph:( Others )

The back of armed militancy in Kashmir is virtually broken, and now a great deal of "political sagacity" is needed to ensure that a lasting solution to the decades-long separatist problem is found, the army commander of the key South Kashmir area has said.

"There is no semblance of any space where militants or separatists are in control. Militants are in self-preservation mode," Major General BS Raju, the head of Victor Force that performs counter-insurgency operations in five districts of South Kashmir, told PTI in an interview yesterday.

He said his focus now is on ensuring that there are no new recruitment into the militant cadres and reaching out to the people to convince them that the army is there to help, for which his troops have already embarked on a series of projects in schools and colleges.

"Overall, most people want a solution. They want to get out of this cycle of violence," said Gen Raju, the general officer commanding of Victor Force, based in Awantipora, about 33 km south of Srinagar.

South Kashmir was known as the Ground Zero of Jammu and Kashmir militancy with the highest number of attacks on security forces recorded here last year. But 73 militants have been killed this year in this region alone, more than twice the average number in previous years. It is believed that about 120 armed militants remain, possibly 150.

"These days they are not targeting the army directly, but are looking at softer targets. They are sometimes hitting civilians on the plea of neutralising informants," said Gen Raju, who took over in March this year.

"The situation has been brought to a level where political initiative can be started. It is good to see political engagement has started," he said, referring to a flurry of comments by Central government and ruling party figures on New Delhi's willingness to hold talks with all stakeholders in Kashmir. This has also been welcomed by separatist leaders including Mirwaiz Umar Farooq.

But he noted that "a great deal of straight talking" with Kashmiris is needed to tell them what can be given and what's not on the table.

"We need to tell people here that 'azadi' under no circumstances is possible. And anything is possible under the Constitution. If you keep harping on 'azadi' you will be in a state of misery for a long time," he said.

One of the biggest problems that security forces and the government is facing is the radicalisation and alienation of the younger, school going generation. It had become increasingly common to see young teenagers and some as old as eight getting involved in stone pelting. The children are not necessarily driven by ideology but because it is seen as an act of bravery, bordering on bravado.

To keep the children engaged and to show them that the soldiers are on their side, Raju said the army has launched a series of outreach programmes such as sports and painting competitions, distributing stationary, taking children on treks and giving them packed meals.

He noted that most of the militants, pro-independence activists or even the stone pelters have little grasp on the meaning of 'azadi', even though it has become a catchphrase. They do not necessarily want freedom from India.

"But most people do want freedom from the overt presence of security forces...I understand that, but people should also know that we are here only for their protection and once militancy is stamped out of the Valley, security forces will be back in barracks," he said.

Like other officials, both government and security agencies, Raju also emphasized on the need to have a robust juvenile justice system, comprising humane detention centres. At present, the juvenile stone pelters are arrested en masse. Although they are eventually let off there is no attempt to deradicalise them, which ensures that they go back into circulation with greater vigour.