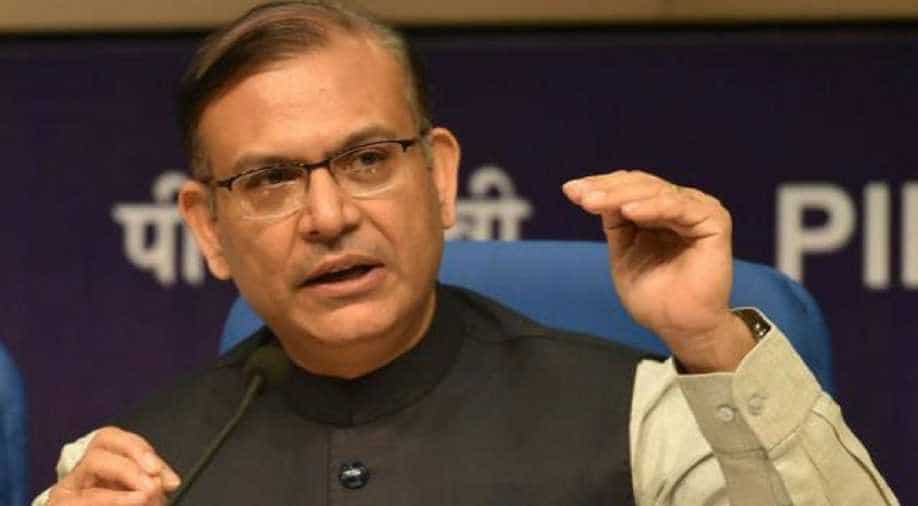 The aviation ministry is targeting a five-fold increase in passenger trips to one billion per annum in 15-20 years in view of the huge growth opportunities the sector holds, Union Minister Jayant Sinha said today.

The Minister of State for Civil Aviation said that the government is working on steps such as developing new greenfield airports and skilling manpower to achieve this target.

"A target of billion passenger trips in the next 15 to 20 years is very realisable and is, in fact, a realistic target that we should be looking for," he said here at the AIMA event.

He also said that the billion passenger trips would not come from aircraft alone but also from helicopters, seaplanes and passenger drones.

Many of these have still to be manufactured in the country and it provides tremendous business opportunities to start and develop these new technologies, he said.

Elaborating on passenger drones, Sinha said this is a big industry and in the coming years, it is likely to touch a trillion dollar mark.

"We in India have the opportunity to be a leader in this. We are already working on drone regulations so we can set standards, develop different drone technologies," he said.

"Like we have made air travel affordable to common people wearing 'hawai chappals, similarly we can go from auto-rickshaws to air rickshaws, that is the opportunity," he added.

Further, the minister said that the billion passenger trips would open tremendous opportunities for growth and investments for businesses.

"In 2013, the total number of passenger trips was about 100 million. In 2017, we are going to get close to 200 million passenger trips," he said, adding that the total revenues of the airline industry last year was close to Rs 2 lakh crore.

Indian railways and the telecom sector also have the same level of revenues each, he said.

He said that today only 5 per cent of the 1.3 billion Indians travel by air.

Sinha said that this target would throw some major challenges and the government is working on it.

Safety and security is the number one concern and the ministry is working hard on this, he said, adding that "we are working on a unified security architecture with CISF" to ensure that all large or small airports have the same level of high security.

To ensure the safety of passengers, the ministry is investing spending on flight inspectors, air traffic controllers, and engineers.

He said land to build new greenfield airports is also a challenge.

New airports are coming up in Navi Mumbai, Goa, Pune and Jewar in western Uttar Pradesh.

He informed that passenger trips at the Delhi airport stood at about 65 million currently and it would be doubled in the coming years.

"We think to get one billion passenger trips, we have to invest Rs 4 lakh crore. That is what experts are saying," he said.

On the job front, he said about 2 lakh people are directly employed in the aviation industry and indirectly about 1.2 million.

"This will quintuple. So we will have 6 million people working over the next few years," he said.

He added that revenues in the sector would increase significantly from Rs 2 lakh crore to Rs 8-10 trillion (Rs 8-10 lakh crore) in the next 15-20 years.

Huge business opportunities will be created in areas like logistics, cargo, airlines, airports and ground handling.