At UNSC, India's foreign secretary calls on Israel and Palestine to exercise restraint 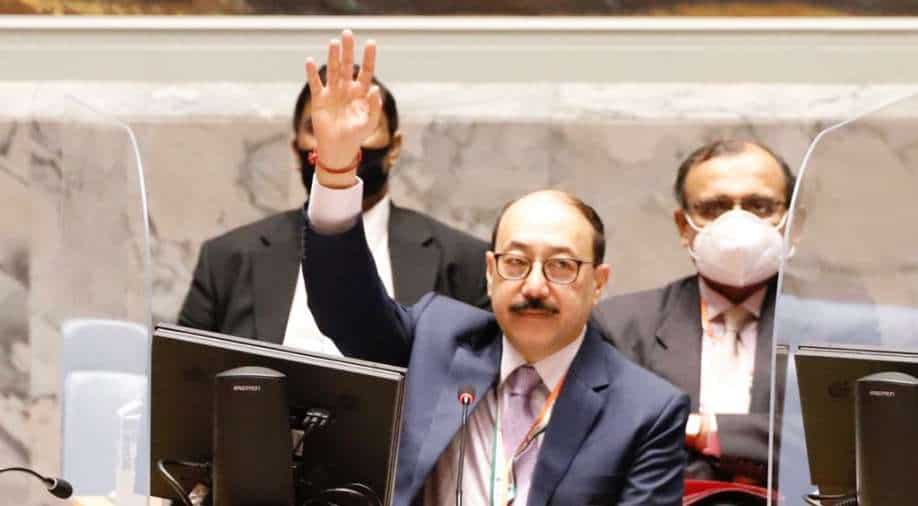 On the current situation in the Palestinian territories, Shringla called for 'regular and predictable transfer of aid and other essential items to Gaza to ease the humanitarian situation and facilitate early reconstruction, as well as for appropriate use of such aid'

Expressing concern over the recent escalation at the Gaza strip, India's foreign secretary Harsh Shringla on Monday called on all the parties to exercise restraint and maintain ceasefire along the region.

Addressing the United Nations Security Council's (UNSC) monthly meeting on the Middle East Peace Process, he said, "We call on all parties to the conflict to respect the ceasefire and refrain from acts that could exacerbate tensions and worsen the security situation and recognise the efforts made by the UN and regional countries to prevent the renewed hostilities from escalating into another military conflict."

In May this year, a full-blown crisis erupted between Israel and Palestine, which lasted for 11 days. The situation escalated following violence in Jerusalem and the possible eviction of Palestinians from Sheikh Jarrah and Silwan neighbourhoods. Over 250 Palestinians died in Gaza and 10 Israelis died in the rocket firing.

On the current situation in the Palestinian territories, Shringla called for "regular and predictable transfer of aid and other essential items to Gaza to ease the humanitarian situation" and "facilitate early reconstruction, as well as for appropriate use of such aid".

He pointed out that it is "important that the international community support the reconstruction of the Gaza Strip through the Palestinian Authority."

He also took note of the "incremental relaxation of restrictions on the entry of commodities into the Gaza Strip" and urged the parties to work together and ensure timely access to such relief for the Palestinians.

Recently, Israel, Qatar and the United Nations had reached an agreement to transfer cash payments to the "needy Palestinian families" in the Gaza Strip. Under the proposed agreement, around 1,00,000 families would get a monthly cash assistance of $100.

During the address, India asked both parties to "refrain from unilateral measures that undermine the viability of the two-state solution".

In his speech, Shringla noted that the decision by Israel to increase the number of work permits issued to Palestinians will help strengthen both the Palestinian and Israeli economies.

“Further, the recognition of COVID-vaccination certificates issued by the Palestinian Authority and the facilitation of passage of patients from the Gaza Strip to the West Bank are also positive signals,” he said.

During the address, the foreign secretary also reiterated calls for "resumption of direct peace negotiations" and a "long-standing and firm commitment to the establishment of a sovereign, independent, and viable State of Palestine, within secure, recognized, and mutually agreed borders, living side by side with Israel in peace and security".