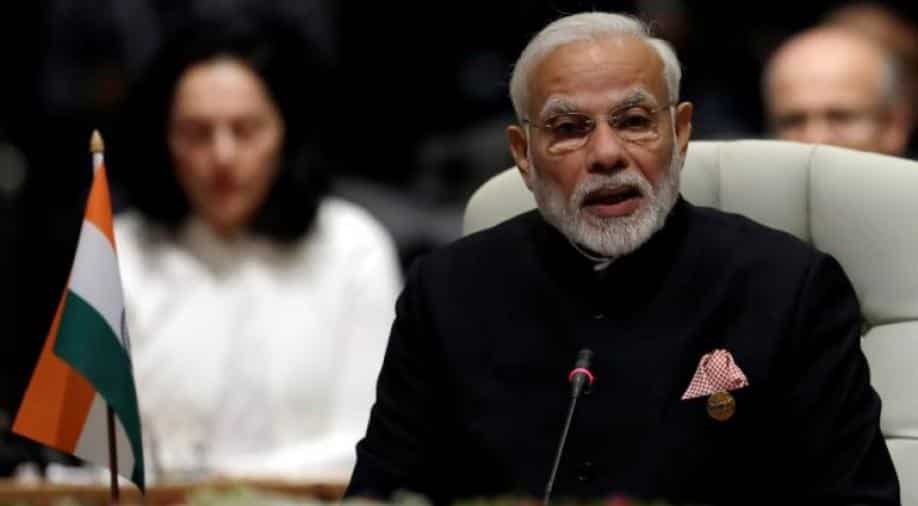 Congress party seeks an appointment late tonight with the Governor to stake their claims to form the govt in Madhya Pradesh. The party has sought appointment by sending an email and a fax too.

Congress party will go to Governor House as soon as they win 116 seats in the state. The party has won 69 seats and is leading on 44 seats so far.

Governor House: An appointment will be given only after the situation is made clear by the Election Commission. #MadhyaPradeshElections2018 https://t.co/HSpUhYOcov

We accept the people’s mandate with humility. I thank the people of Chhattisgarh, Madhya Pradesh & Rajasthan for giving us the opportunity to serve these states. BJP Governments in these states worked tirelessly for the welfare of the people.

Congress leaders AK Antony and Mallikarjun Kharge have been appointed as observers for Madhya Pradesh and Chhattisgarh, respectively.

"I would like to congratulate Congress. I accept this mandate by the people. BJP has worked a lot for them in these 5 years, I hope the next party takes those policies and works forward," Outgoing Rajasthan CM Vasundhara Raje.

TRS takes the state with over 70 seats. INC gets 18, AIMIM wins 5 while TDP settles with 2.

"Tomorrow morning there‘ll be a CLP meeting after that we will seek views of MLAs and senior leaders then we will apprise the situation to Congress President. As per party customs president will take the final decision on the leadership issue," KC Venugopal, Congress.

Outgoing CM of Mizoram Lal Thanhawla submits his resignation before the Governor, says "This is very disappointing. I didn't expect this. I think I underestimated the new formation ZPM."

"We respect the mandate that the public has given. I congratulate Congress on this success. I consider it my luck to serve the public of Chhattisgarh for the last 15 years," Singh added.

I will actively participate in national politics: KCR

"I spoke to other political parties, we are going to play a crucial role in national politics," the TRS chief said Tuesday.

Will not have any coalition government: MNF President Zoramthanga.

Zoramthanga,MNF(President): We will not have any coalition govt either with BJP or any other ways because my party can form the govt on its own as we have got 26 seats out of 40. We're a part of NEDA(North-East Democratic Alliance)&NDA but we wouldn't like to join Congress or UPA pic.twitter.com/6oNlOMfnBm

The Mizo National Front (MNF) emerged victorious in the Mizoram Assembly elections, bagging 26 seats out of the 40-member assembly seats, according to the latest figures by the Election Commission of India.

TDP respects the mandate of people of Telangana. Congratulations to Shri K. Chandrasekhar Rao. Also, best wishes to all the newly elected public representatives of 5 states.

People recognize that BJP has done nothing in last 5 yrs and moving towards alternative. People are with us in our fight against BJP. These 5 states results will help form a strong alternative to the BJP.

The Mizo National Front (MNF) has won 14 seats out of 40 and is leading on 10 seats in Mizoram.

#WATCH: Celebration outside Mizo National Front (MNF) office in Aizawl. The party has won 14 seats out of 40 & is leading on 9 seats in Mizoram. #AssemblyElections2018 pic.twitter.com/zJwcZKLbRh

No clear mandate in Madhya Pradesh, Rajasthan yet

In Madhya Pradesh, Mayawati's BSP seems to be emerging as the Kingmaker with BJP and Congress caught in a neck and neck fight.

In Rajasthan, the Congress has appealed to anti-BJP forces to lend support to them in forming the government.

The contest for these two states is still on.

Congress appeared heading for a big loss in Telangana assembly elections, Tuesday raised suspicion of EVM manipulation and demanded 100 per cent counting of the VVPAT slips.

As the Congress was leading in only 22 of the 99 seats it contested in the December 7 polls, its state unit President Uttam Kumar Reddy said there was a 'strong' suspicion that the Electronic Voting machines had been manipulated.The ruling TRS appeared to be on course to return to power, taking the lead in 87 seats as per latest counting trends available.

Ashok Gehlot, Congress on #RajasthanElections results: Congress has won the mandate. No.s can go up & down but public's mandate is in the favour of Congress. We will get clear majority, still we would want independent candidates & parties other than BJP to support us if they want pic.twitter.com/BOuqebSkJk

Home Minister Rajnath Singh on #AssemblyElections2018: Nothing is yet clear from the trends. Congratulations to the MLA candidates and the political parties that are winning. But Mahagathbandhan has failed terribly in Telangana pic.twitter.com/ttONAvgGeq

Official Election Commission of India trends: Congress leading on 99 seats, BJP leading on 79 seats, BSP on 2, CPM on 2 and others on 16 seats in Rajasthan.

The Congress party has crossed the half-way mark, with leads on 48 seats in Chhattisgarh. The BJP is leading on 30 seats while JCC is leading on five.

AIMIM's Akbaruddin Owaisi was declared winner from Chandrayangutta seat in Telangana. Early trends coming from the state showed incumbent Telangana Rashtra Samiti (TRS) in lead in 12 out of 15 seats while the Congress and the AIMIM ahead in a seat each till 10 am.

TRS president and Telangana caretaker Chief Minister KCR is leading by 9,212 votes over his nearest Congress rival Vanteru Pratap Reddy in Gajwel constituency after the fifth round of counting.

In Mizoram – the last Northeast bastion of Congress – trends have given a heads-up to the Mizo National Front. The MNF is leading with 26 seats, while the ruling Congress has 9 seats. Exit polls have predicted a hung assembly.

Aizawl: Sweets being distributed at Mizo National Front office (MNF) as the party leads in trends in Mizoram. #AssemblyElections2018 pic.twitter.com/BMbwTUCSC0

Former CM and Cong candidate Ashok Gehlot leading with a margin of 5,112 votes in Rajasthan's Sardarpura.

Official ECI trends: Congress leading on 82 seats, BJP leading on 62 seats, others on 21 seats in Rajasthan.

The markets dived further as state polls leads began pouring in which showed the BJP trailing in big states in Rajasthan, Madhya Pradesh and Chhattisgarh.

Former Chhattisgarh CM Ajit Jogi is in 3rd position at Marwahi. BJP is leading and Congress at 2nd: ECI

As counting picks up steam, Congress is making gains in Rajasthan, Chhattisgarh and Madhya Pradesh.

The TRS has taken lead in Telangana. Here's the latest trend from all 5 states:

Trends pour in from 69 seats in Telangana and suggest a tough contest - TRS leading on 31 seats while Congress-led Prajakutami leading on 30 seats. The BJP leading on three seats and others on five.

Voters will bring us back to power: K Kavitha, TRS Member of Parliament

K Kavitha, Telangana Rashtra Samithi (TRS) MP: We believe people of Telangana are with us. We have sincerely worked and utilised the opportunity given to us. So I believe voters will bring us back to power, and that too independently. We are very confident about it. pic.twitter.com/fgY4EwfguZ

The vote count is in full swing, numbers are changing every minute. Here's what the latest trends for Assembly Elections 2018 Results look like:

Latest trends from all 5 states:

First trends pour in from 4 seats in Rajasthan

Counting of votes has begun for 679 seats across 5 states - Madhya Pradesh, Rajasthan, Chhattisgarh, Telangana and Mizoram.

Give signed round-wise results to candidates, media: EC to CEOs

Ahead of counting of votes in five states which went to polls recently, the Election Commission has reminded the chief electoral officers that round-wise results should be shared with the candidates without fail. Reminding the CEOs of Madhya Pradesh, Rajasthan, Chhattisgarh, Mizoram and Telangana of its April 2014 instructions, it said the observer and returning officers will sign the candidate-wise results for the round after checking everything.

Visuals from outside a counting centre in Aizawl. (ANI Photo)

Security has been tightened at vote counting centres in all five states.

Visuals from outside a counting centre in Raipur. Counting of votes for #ChhattisgarhAssemblyElection2018 will start at 8 am today. pic.twitter.com/yxbCQnywhS

Results of the bitterly contested assembly elections 2018, held between November 12 to December 7 in the five conditions of Rajasthan, Madhya Pradesh, Chhattisgarh, Telangana and Mizoram are being announced today.

Stakes are high as the assembly poll battle of these five states is considered to be the semi-final ahead of the Lok Sabha elections next year.

Three out of the five states which went to polls are part of the Hindi heartland and at presently held by the Bharatiya Janata Party (BJP), though, two others - Telangana in the South and Mizoram in the North East, are being held by the TRS and the Congress separately.