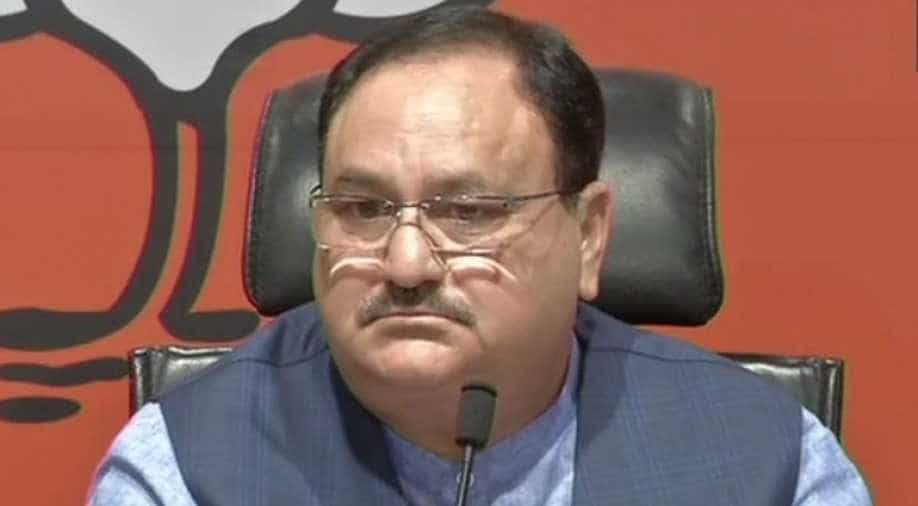 Parliament had in August revoked Article 370 that gave special status to Jammu and Kashmir.

Bharatiya Janata Party (BJP) working president JP Nadda on Monday addressed a seminar here on the abrogation of Article 370, which he said was "temporary and transitional" since the beginning.

"First Sheikh Abdullah, then Farooq Abdullah and Mufti Mohammad Sayeed, later Omar Abdullah and Ghulam Nabi Azad used to say that Jammu and Kashmir has special status. They confused the word. It's not a special status. Right from the beginning, Article 370 was temporary and transitional," Nadda said.

Nadda stated that Article 370 was revoked due to the will power of Prime Minister Narendra Modi and the effective strategy of Union Home Minister Amit Shah.