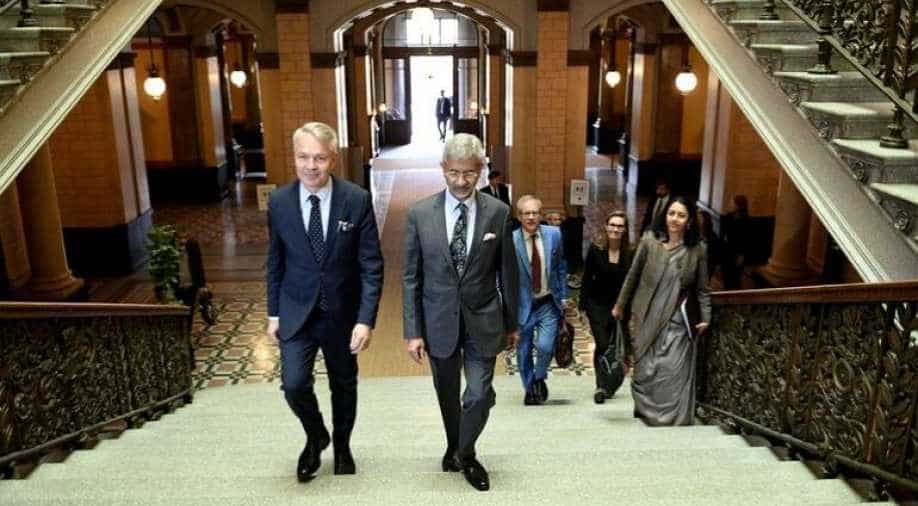 Referring to Pakistan, Jaishankar said that the epicentre of terrorism is 'right in our neighbourhood'.

The Indian government's move to revoke Article 370 that accorded special status to Jammu and Kashmir has a "national security connotation", External Affairs Minister S Jaishankar said on Friday, while emphasising that the country "lives in a tough neighbourhood" and faces more than its fair share of national security challenges.

Addressing the Finnish Institute of International Affairs (FIIA), the minister, in an apparent reference to Pakistan, said that the most prominent national security challenge that India has been subjected to for many decades is the "cross border terrorism", which has cost more than 40,000 lives in the past 30 decades.

"We are opposed to terrorism in all its forms and manifestations and believe there is no justification for it, whatsoever. But it is not just enough to have a position. When subjected to terrorist attacks, any polity that is sincerely committed to the welfare of its people will surely respond," Jaishankar said.

"And indeed, that is precisely what we have done in recent years. Even the changes that were approved last month by the Indian Parliament with respect to Jammu and Kashmir, while driven by the needs of governance and development, and have a national security connotation," Jaishankar added.

Referring to Pakistan, Jaishankar said that the epicentre of terrorism is "right in our neighbourhood. But even as we take our responsive measures, our belief is that this is not just a concern for one country but for the entire international community."

The External Affairs Minister is on a three-day visit to Finland.