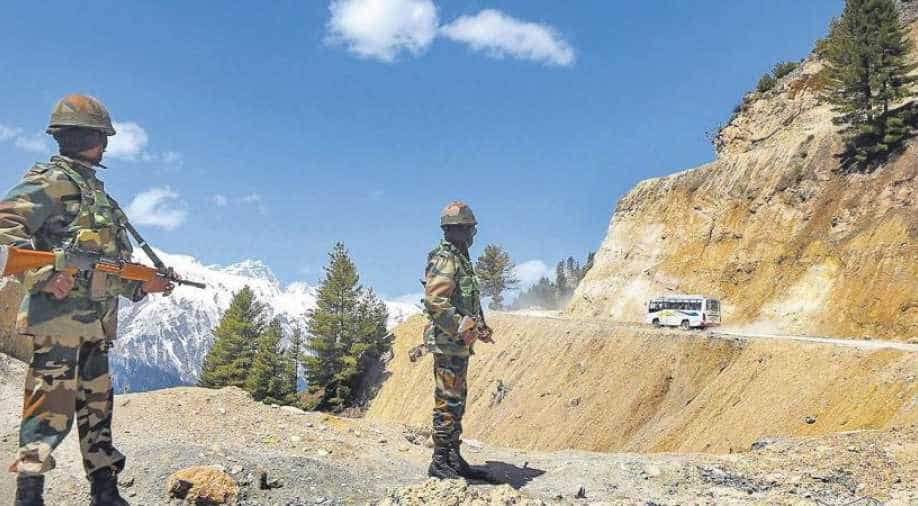 Soldiers stand guard as vehicles pass through Zojila Pass on their way to frontier region of Ladakh. Photograph:( PTI )

Indian Army sources said that the Leh-based 14 Corps Commander Lt Gen Harinder Singh is scheduled to hold talks with his Chinese counterpart to resolve the matter.

India and China will hold Lieutenant General level talks on June 6 to address the ongoing dispute in Eastern Ladakh over the massive military buildup along the Line of Actual Control by the People`s Liberation Army (PLA) of China.

Indian Army sources said that the Leh-based 14 Corps Commander Lt Gen Harinder Singh is scheduled to hold talks with his Chinese counterpart to resolve the matter.

Armies of both countries had held talks on Tuesday as well to resolve the crisis.

"There have been more than 10 round of talks held already between the two sides. On Tuesday also, officers from both sides held talks to resolve the crisis," Army sources had said.

They had said it seemed that the talks have not been able to make headway as there has been not much change in the ground position of both sides.

India and China have been locked in a dispute over the heavy military build-up by People's Liberation Army where they have brought in more than 5,000 troops along with the Eastern Ladakh sector.

In some areas, they are inside the Indian territory but their intent to carry out deeper incursions was checked by the Indian security forces by quick deployment.

The Chinese have also brought in heavy vehicles with artillery guns and infantry combat vehicles in their rear positions close to the Indian territory.

Recovery rate from coronavirus has improved to 63%: Government