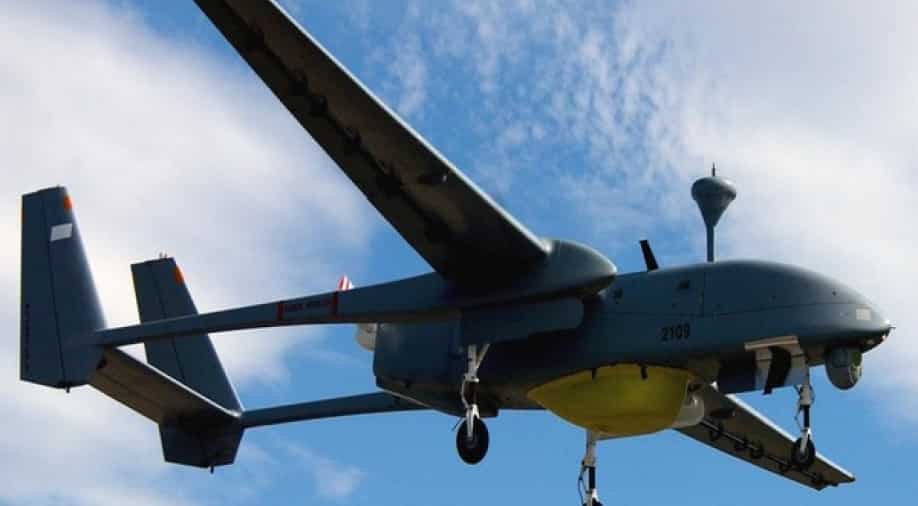 The drones are also helping in verifying the disengagement by Chinese as well as knowing their troop build up strength in-depth areas. Photograph:( ANI )

The drones are also helping in verifying the disengagement by Chinese as well as knowing their troop build up strength in-depth areas.

Amid the ongoing border tension with China, the armed forces are pushing a case for arming their Heron UAVs with laser-guided bombs, precision-guided munitions and anti-tank missiles for taking out enemy positions and armoured regiments.

The proposal named Project Cheetah has been revived by the armed forces after being pending for a long time and is expected to cost over Rs 3,500 crores to the government.

"Under this project, around 90 Heron drones of the three services would be upgraded to be armed with laser-guided bombs, air to ground and air-launched anti-tank guided missiles," government sources told.

The case is going to be considered by a high-level Defence Ministry body including Defence Secretary Ajay Kumar, who is now the in-charge of all capital procurements for the three services.In the proposal, the armed forces have proposed to equip the drones with stronger surveillance and reconnaissance payloads for keeping an eye on enemy locations and stations and take them out, if required.

The Indian fleet of medium altitude long endurance drones also known as unmanned aerial vehicles includes mainly Israeli equipment including the Herons.They have been deployed by both the Army and Air Force in the forward locations of Ladakh sector along the China border there.

The drones are also helping in verifying the disengagement by Chinese as well as knowing their troop build up strength in-depth areas.