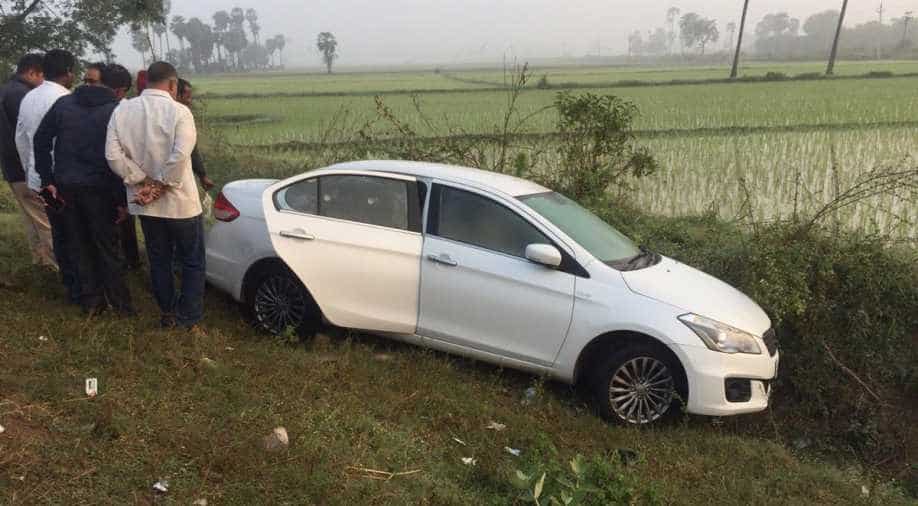 Jayaram Chigurupati was found dead in a car parked on a Highway near Aitavaram village on Thursday night Photograph:( ANI )

Jayaram Chigurupati, Director Coastal Bank and MD, Express TV (a Telugu channel) was found dead in a car parked on a Highway near Aitavaram village on Thursday night. The deceased has been found with a head injury, the police said.

The probe authorities are yet to ascertain whether it was an accidental death or a murder. They have collected all the CCTV footages of Jayaram`s car from several toll gates for carrying out the probe.

Chigurupati was arrested in January last year on the charge of non-payment of salaries to employees.

He was accused of non-payment of salaries/compensation amounts to the removed employees as per the agreement between them. He was allegedly involved in other cases which were being investigated by the CID of Telangana Police.