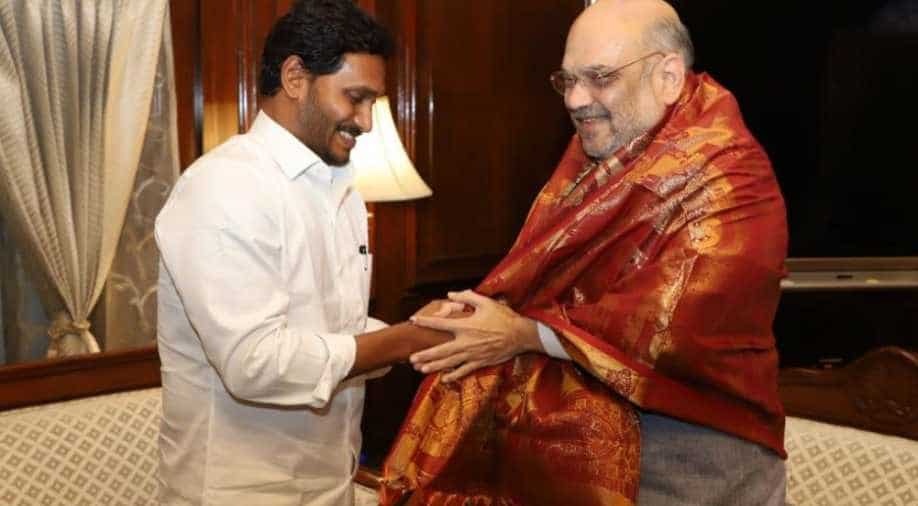 Reddy also said he would raise the demand in the first meeting of the governing council of the NITI Aayog, to be chaired by Prime Minister Narendra Modi, Saturday.

Reddy also said he would raise the demand in the first meeting of the governing council of the NITI Aayog, to be chaired by Prime Minister Narendra Modi, Saturday.

"I met Home Minister to try and prevail upon him and also soften PM's heart on special category status...," Reddy told reporters after an hour-long meeting with Shah.

The YSR Congress Party (YSRCP) chief also urged the Centre to fulfil all commitments made under the Andhra Pradesh Reorganisation Act.

Reddy, just before swearing in as chief minister, had met both Modi and Shah on the special category status issue. He had said his party could only request the BJP-led central government and not "demand or command".

"Today, we might not get it (special category status). We have to be at somebody's mercy but I will remind him (Modi) again and again and someday things will change," Reddy had told the media after his first meeting with Modi.

Asked if the post of deputy speaker in Lok Sabha was offered to YSRCP, Reddy said, "Please don't speculate on all these things. First of all, there is no offer... We have not asked and we have not spoken. And neither any such proposal has come from any quarter. As of now, there is no conversation or talk on that."

YSRCP won 22 parliamentary seats in the 17th Lok Sabha elections and also swept the assembly polls. The party's parliamentary board meeting is likely to be held on Saturday.