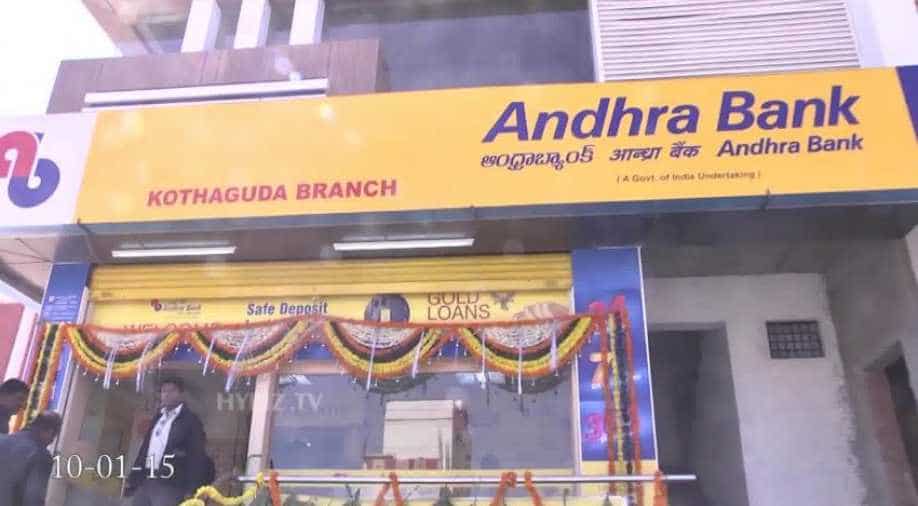 Andhra Bank, already hurt by an industry-wide spillover of a huge alleged fraud in another lender, saw its shares slide to a 15-year low on Monday after authorities filed new complaints against a former director in a separate long-running case.

The Enforcement Directorate, which fights financial crime, said on Friday it filed additional charges against Anup Garg, a former director of state-run Andhra Bank, in connection with a more than 50 billion rupee ($769.3 million) fraud case involving Sterling Biotech that was filed last year.

Authorities have accused senior executives of Sterling and Garg of "criminal conspiracy" and falsifying accounts to allow Sterling to raise much larger loans from Andhra Bank and other lenders than it would have been able to otherwise.

The Central Bureau of Investigation (CBI) had filed a complaint in the case last year in October.

Agencies have accused Garg, a chartered accountant who was on the bank's board for three years until October 2009, of receiving bribes from the Sterling executives between 2008 and 2009.

Sterling group companies owed a total 53.83 billion rupees to banks as of end-2016, according to the CBI. All the loans have turned non-performing, the agency said.

In a stock exchange filing after the close of trading on Monday, Andhra Bank, headquartered in Hyderabad, said it was the lead bank for two Sterling group companies to which its total exposure is about 11.5 billion rupees as on date.

The bank's exposure to the Sterling group companies have been classified as non-performing since March 2015, Andhra Bank said, adding it reported last December the accounts as fraud to the Reserve Bank of India and has also filed a police complaint.

Sterling Biotech executives were not reachable for comment when contacted on the board line of the company's Mumbai office.

After the PNB fraud case, the government has ordered banks to probe all non-performing loans of more than 500 million rupees to see if there was any sign of any fraud.

Andhra Bank shares closed 6.7 percent lower at 35.95 rupees, their lowest level since August 2003. The stock fell as much as 17.1 percent during trade.