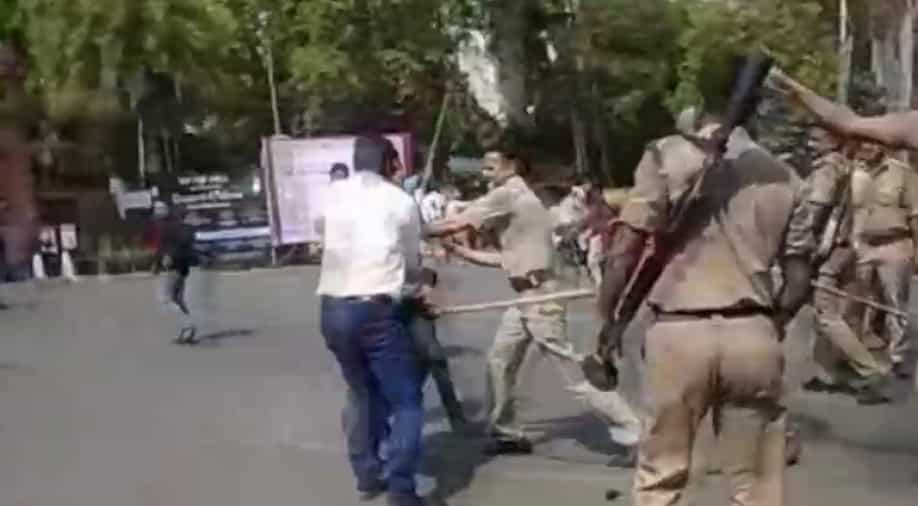 The District Magistrate of Aligarh today ordered the suspension of Internet services in the Aligarh Muslim University from May 4 till May 5.

Internet services have been suspended in view of the on-going controversy on Pakistan's founder Muhammad Ali Jinnah's portrait triggered this week after BJP MP Satish Gautam wrote a letter to Aligarh Muslim University's Vice-Chancellor Tariq Mansoor, seeking an explanation for a portrait of Pakistan's founder hung in the Students' Union Office.

On Wednesday, 28 students and 13 cops were injured in a clash which broke out between AMU students and the police.

The students were marching to the police station after Hindu groups protested outside the university campus a day ago, when clashes broke out.

Students demanding ban on Hindu groups alleged that they were targeted by the police.