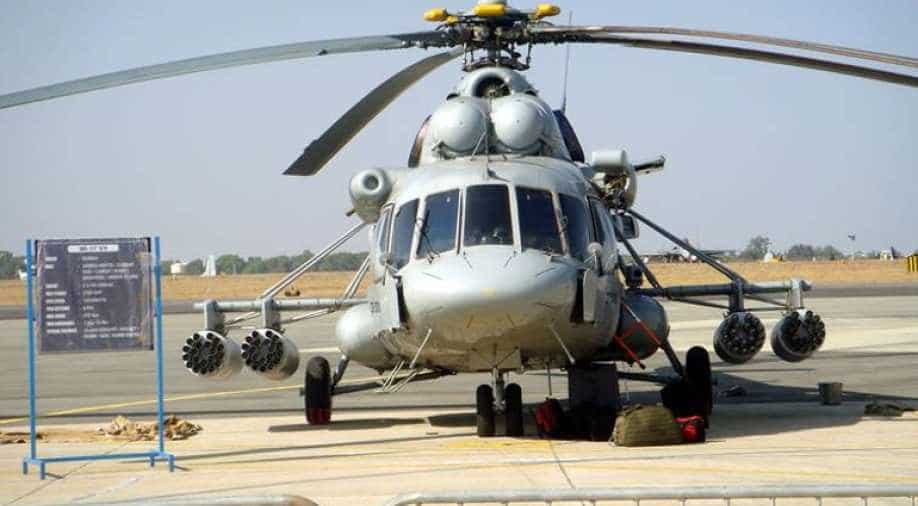 The Mi-17 V5 chopper crashed at around 6 am when it was on an air maintenance mission. Picture for representational purpose. Photograph:( Others )

At least five Air Force personnel and 2 Armymen have died in the crash.

The Mi-17 crash took place around 6 am(local time) when it was on a maintenance mission.

Rescue teams have reached the crash site in Tawang near the Indo-China border and admitted the injured to a local hospital.

A court of inquiry has been ordered into the crash.