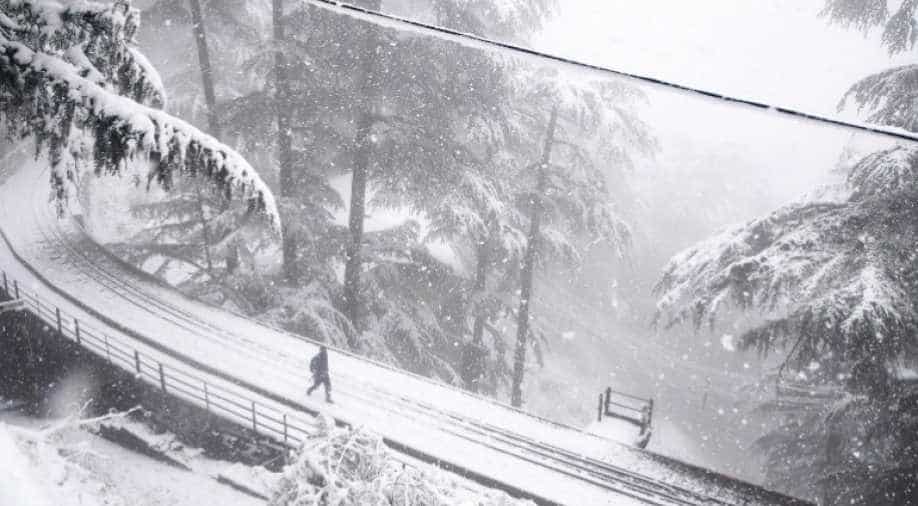 The higher reaches of Lahaul-Spiti and Kullu districts have also received snowfall.

An advisory was issued by Sub Divisional Magistrate of Manali on Monday requesting people planning to move to Lahaul Spiti and Ladakh to kindly postpone their plans till the situation attains normalcy as Rohtang pass received six inches of snowfall.

"Today Rohtang pass has received six inches of snow and consequently some Himachal Road Transport Corporation (HRTC) buses are stuck in it. Anyone planning to move to Lahaul Spiti and Ladakh to kindly postpone their plans till the situation attains normalcy. All the passengers have been evacuated and traffic has been regulated so as not to create any chaos at the Rohtang top," said Sub Divisional Magistrate (SDM) Manali, Raman Garsanghi while speaking to media here.

He further informed that the personnel manning the Gulaba barrier and those stationed at Marhi have been instructed to be on high alert.
"This snowfall is the harbinger of the onset of winters in Manali and as such, all the stakeholders in the area are requested to sensitise the tourists about the same," he said.

He also requested the people to cooperate with the administration so as to avoid any untoward incident in the area. "The administration is continuously monitoring the situation and would require the assistance of the people so as to no unsavoury situation arises due to any negligence," he said.
The traffic movement on Monday was affected on Manali-Leh Highway between Rani Nallah and Rohtang Pass after the area witnessed snowfall in the area.

The higher reaches of Lahaul-Spiti and Kullu districts have also received snowfall. All routine buses on Keylong-Manali route have been stopped.
The Indian Meteorological Department (IMD) has predicted light rainfall in the next 24 hours.