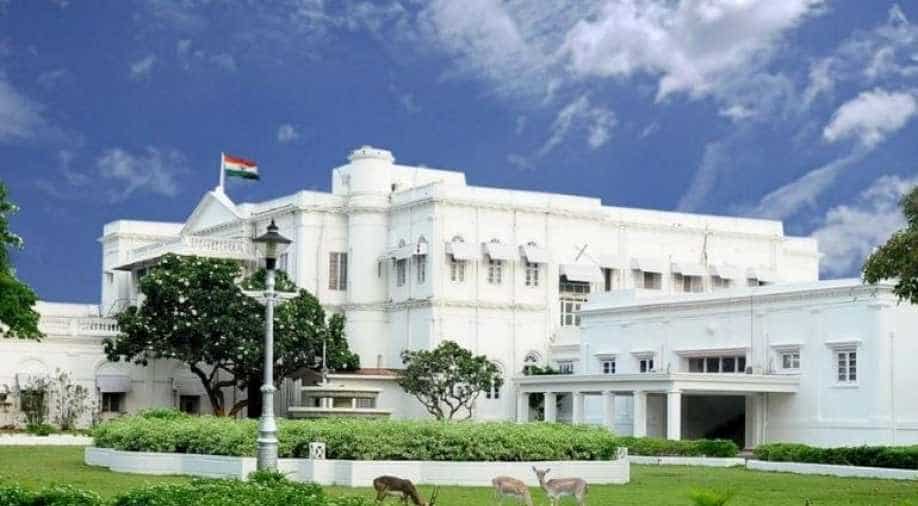 Tests were conducted after a few staff had shown symptoms. Of the 147 tests conducted, 84 have returned positive, said the statement.

84 staff at the Tamil Nadu Governor’s official residence, the Raj Bhavan, in Chennai, have tested positive for Covid-19, a statement has revealed. It added that the Governor Banwarilal Purohit and senior staff were safe and had not come in contact with the personnel who had tested positive.

Tests were conducted after a few staff had shown symptoms. Of the 147 tests conducted, 84 have returned positive, said the statement.

The staff who have tested positive include security and fire safety personnel. All of them were working in the outer portion of the premises, such as the main gate and not in the main building. They have been quarantined by the health Department.

As a precautionary measure the whole area of Raj Bhavan including the offices have been disinfected and sanitized by Corporation health Authorities.

The Raj Bhavan website also mentions that, as preventive measure Raj Bhavan tours for the tourists stands cancelled till 31st July 2020. However, the premises has been closed from tourists since the first phase of the pan-India lockdown began in late March.

The Raj Bhavan, which is at an arterial location in the city, is situated in the Guindy National Park Reserved Forest Area. There are species of deer (spotted deer, black buck and albino), besides mongoose, jackals, many varieties of reptiles and a large number of birds like partridges, pheasants, parrots, quail, paradise fly-catcher within the campus and the adjoining forest areas.

Over the last one week Tamil Nadu has been seeing a consistent spike in Corona virus cases. On Wednesday, the state had recorded a single-day highest of 5849 cases. As per the bulletin issued on Wednesday, the state has seen a total of 1, 86492 Covid-19 cases, which include 1, 31,583 recoveries. There are 51,765 active cases in the state.

However, in last a few weeks capital city Chennai has seen a marked dip in cases. When compared to June, the daily cases have nearly come down by half. Chennai saw recorded 1171 new cases on Wednesday, thus taking the active cases to 13941.