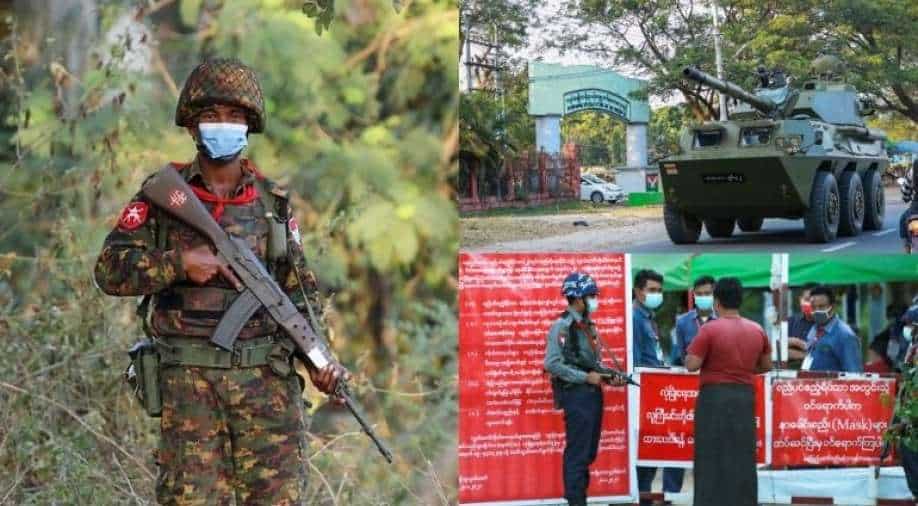 India and Myanmar share 1,643 km borders and people on either side have familial ties due to the ethnic affiliations

After the recent military coup in Myanmar, a total of 733 persons, including policemen, have fled to Mizoram in India and are staying illegally across the state. These people entered Mizoram after facing persecution from the military in Myanmar.

Top sources said that a total of 642 Myanmar nationals living at various camps across Mizoram have been located and verified. The intelligence agencies are trying to identify a fresh influx of another 91 refugees. They have been put in the "unconfirmed" category by the agencies. The fresh influx happened between March 18 and March 20.

After Champhai, a total 144 refugees are staying in the border district of Siaha. As per the report, 83 persons are staying at Hnahthial, 55 at Lawngtalai, 15 at Serchhip, 14 at Aizwal, three at Saitual, and two each at Kolasib and Lunglei.

It further stated that most of the refugees are policemen and their families, and some are even army personnel who refused to shoot at the protesters opposing the military rule in Myanmar, sources said.

India and Myanmar share 1,643 km borders and people on either side have familial ties due to the ethnic affiliations. Manipur, Arunachal Pradesh and Nagaland are the Indian states that share borders with Myanmar but the influx after the coup has been limited to Mizoram, which shares 510 km borders with Myanmar.

The influx of these people is a sensitive issue in the state as people on either side of the borders have ethnic affiliations.

The Central and Mizoram governments are at odds over the influx of refugees from Myanmar after the military coup over there.

Mizoram government opened the gates for the facilitation of refugees and migrants from Myanmar in connection with the political development in Myanmar and issued a standard operating procedure (SOP) regarding this.

Learning about the Mizoram government`s SOP for refugees, the Centre directed the state to immediately revoke it.

Thereafter, Mizoram Chief Minister Zoramthanga said that the Centre`s order to prevent illegal immigration from Myanmar is not acceptable. He urged Prime Minister Narendra Modi to provide them asylum on humanitarian grounds.

India's Union Budget 2022 will be available on mobile app: Here's how to download on Android and iOS