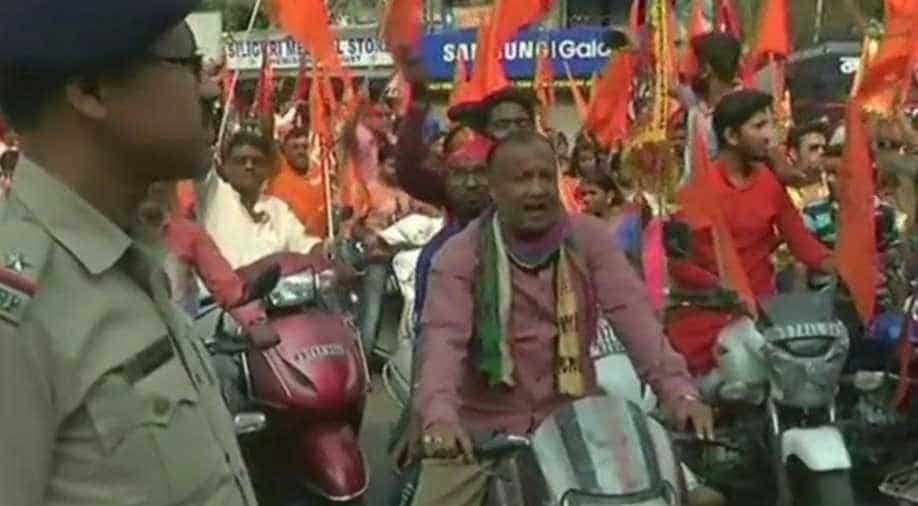 Reportedly the BJP party has organised rallies across the state stating a step towards 'uniting the Hindus' of the state Photograph:( ANI )

Five police personnel were injured in the clashes that broke out during Ram Navami rally in West Bengal`s Purulia district on Sunday. Earlier a person was killed and four others were injured in the clashes. The ruling party Trinamool Congress and opposition Bharatiya Janata party took out rallies across the state on Sunday to celebrate Ram Navami festival fuelling communal tension. The BJP party has reportedly organised rallies across the state stating it is a step towards "uniting the Hindus" of the state. Countering this, the TMC also organised rallies in various parts of the state. Meanwhile, various right-wing groups were also seen brandishing swords in a procession in the state. Unidentified miscreants in Bardhman district of West Bengal also vandalised a Ram Navami pandal. BJP members who had set up the pandal had alleged that it was attacked by the members of TMC.