29-year-old man claims Aishwarya Rai is his mother, wants her to stay with him in Mangaluru 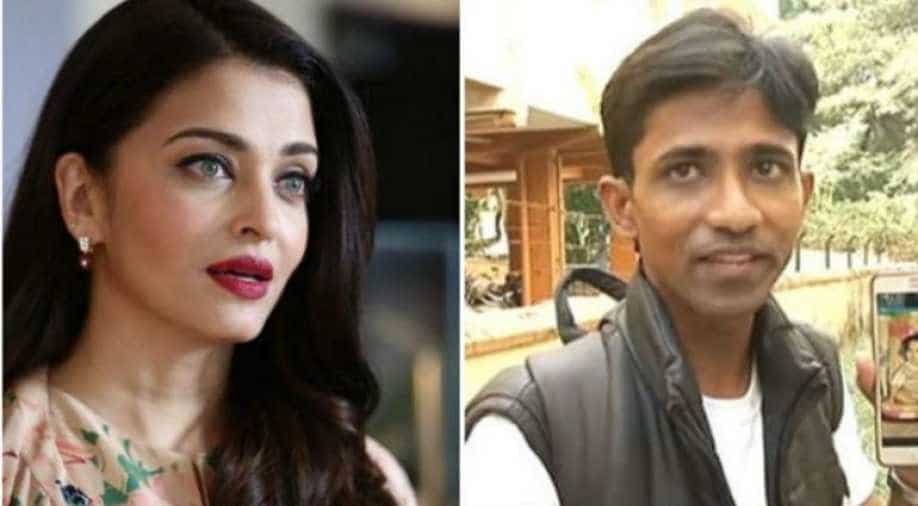 Sangeeth Kumar, who adds Rai after his middle name, claims that Aishwarya is his mother, and gave birth to him in 1988 through IVF.? Photograph:( Zee News Network )

A 29-year-old man from Andhra Pradesh has claimed that he is actress Aishwarya Rai Bachchan's son.

Sangeeth Kumar, who adds Rai after his middle name, claims that Aishwarya is his mother, and gave birth to him in 1988 through IVF.

“I was born to her by IVF in London in 1988. I was brought up in Chodavaram from age three to 27. I was with my grandmother Brinda Krishnaraj Rai's family at the age of one and two in Mumbai. My grandfather Krishnaraj Rai died in April 2017 (March), and my uncle's name in Aditya Rai,” Sangeet told media in an interaction in Mangaluru.

Sangeeth also claims that Aishwarya is separated from her husband Abhishek Bachchan and now wants her to come and stay with him in Mangaluru. "My mother got married in 2007 with Abhishek Bachchan and she is separated, living alone. I want my mom to come and live with me in Mangaluru. It’s already 27 years since I separated from my family, I miss her a lot. I don’t want to go to Vishakapatnam, at least I want my mother’s number so that I’ll be free,” he said.

Incidentally, while he claims to be Aishwarya's son, he doesn't have any document to prove it. Sangeeth claims his relatives have destroyed all the relevant documents and photos that would connect him to Aishwarya.