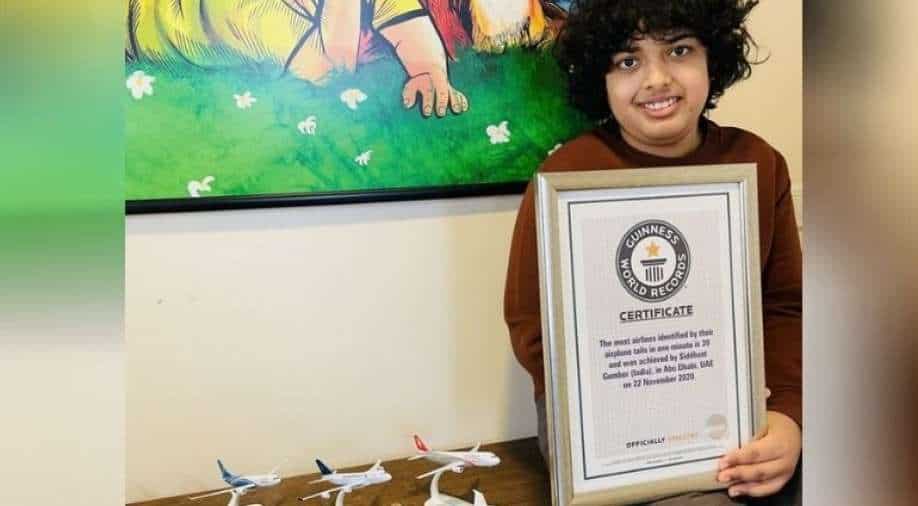 A 12-year-old Indian boy in the UAE has entered into the Guinness Book of World Records by identifying the most aeroplane tails in a minute, media reports said on Thursday.

Gumber, who hails from Haryana, was earlier recognised by the 'India Book of World Records'. He achieved the Guinness world record last month, the report said.

His name also features in the 'India Book' for being the youngest to identify the top 100 tallest buildings of the world with their respective heights and locations, it said.

''I have been a Lego buff since I was a toddler, and my father and I spent a lot of time creating a variety of models, rockets, aeroplanes, buildings and vehicles. I was able to recognise a lot of the aeroplane tails, and my mother helped me compile them in PowerPoint slides so I could identify them (very quickly),'' Gumber told Gulf News.

His mother Monisha said that her son has always been interested in signs, symbols and logos.

''He has an exceptional picture memory and usually never forgets an image once he has seen it. He does have a variety of interests and likes to know about things into detail, just like aeroplanes. Although he loves country flags, we focused on aeroplane tails for the Guinness record because they too are unique,'' she said.

He took about 1.5 seconds per airline tail, she added.