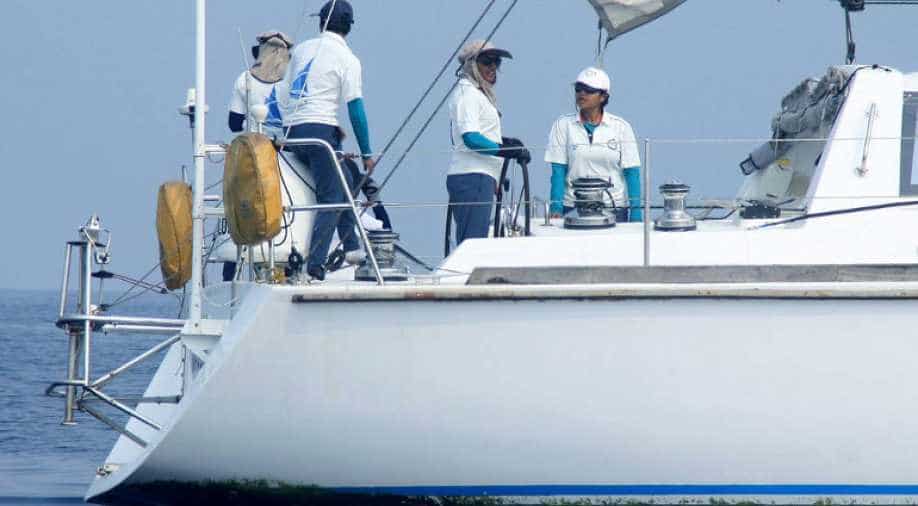 Eleven Indian crew members were missing on Friday after their cargo ship sank in the Pacific off the Philippines as a typhoon churned in the region, Japan's coastguard said.

The 33,205-tonne Emerald Star with 26 Indian nationals on board sent a distress signal early Friday as the Hong Kong-registered vessel was sailing some 280 kilometres (174 miles) east of the northern tip of the Philippines, said a statement from the Japanese coastguard, which received the distress signal.

Three other vessels sailing near the area rescued 15 crew members but 11 others were still missing, a Japanese coastguard spokesman said, adding that the cargo ship has sunk.

"We have dispatched two patrol boats and three planes to the site but a typhoon has made a rescue difficult," the spokesman added.