Polls shouldn't be held over such a long duration, says Nitish Kumar 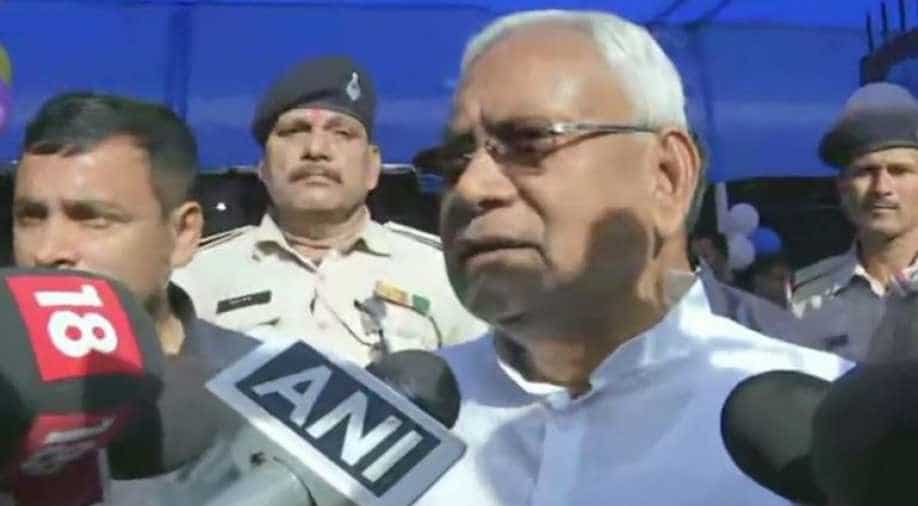 Former Bihar CM Nitish Kumar said that there was a long gap between each phase of voting.

The seven-phase long Lok Sabha elections, one of the most bitterly fought in recent memory, will come to an end today.

As the one and a half month-long dance of democracy ends today, former Bihar CM Nitish Kumar said that there was a long gap between each phase of voting.

At booth number 326 in Raj Bhawan, after casting his vote Patna Nitish Kumar said that elections should not be held over such a long duration, there was a long gap between each phase of voting. I will write to leaders of all parties to build a consensus on this.

The battle for a total of 543 seats had started with elections in 91 constituencies across 20 states on April 11 in the first phase. The final vote count will be done May 23 and seal the fate of Indian politics when it will be finally decided if the incumbent BJP and Prime Minister Narendra Modi secure another term in the office or the anti-incumbency factor swings the tide.

Nearly 90 crore voters were eligible to vote for 543 Lok Sabha constituencies across the country.