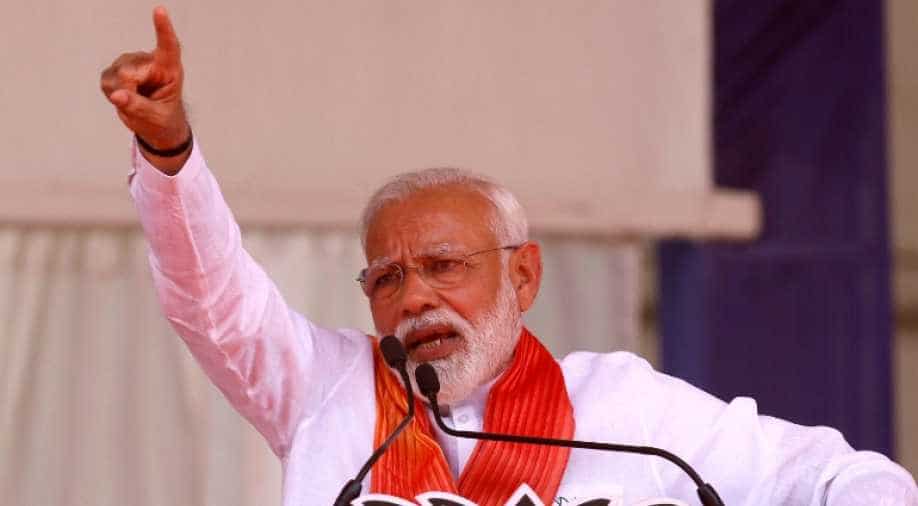 Prime Minister Narendra Modi on Saturday ridiculed the opposition leaders for their ''dream'' to become prime minister of the country.

Slamming the BSP chief Mayawati for seeking the support of Samajwadi Party (SP) "just for sake of power", Modi addressing an election rally in Kannauj said "Mahamilavatis" can only think of the future of their own dynasty, they are not concerned with the future of the country.

'Behenji' (Mayawati) is happily asking for votes for the SP, just for power, just to defeat Modi, he said.

Whatever efforts opposition makes, it will be Modi again, he said and launched a broadside on the opposition SP-BSP-RLD alliance in Uttar Pradesh for attacking 'chowkidar', Ram bhakts. These are ones who seek evidence of air strikes, shed tears for Batla House encounter, PM added.