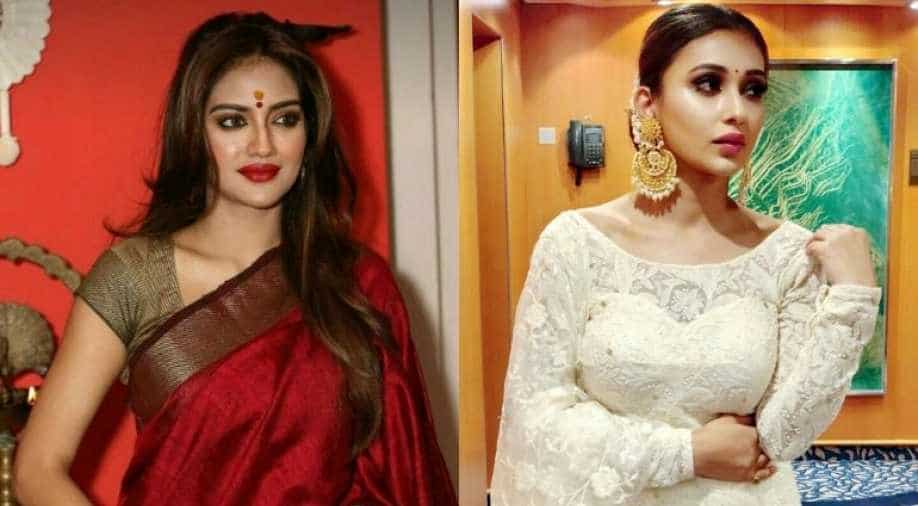 Both Nusrat and Mimi are making their debut in politics this election season.

All India Trinamool Congress may not have made a clean sweep in West Bengal but its star candidates, Tollywood actresses Nusrat Jahan and Mimi Chakraborty are leading in their respective constituencies.

In Basirhat constituency in West Bengal, actress Nusrat Jahan has so far garnered more than 1.5 lakh votes. The actress, who is a star in Bengali cinema, is making her debut in politics this election season.

Her colleague from the film industry, Mimi Chakraborty contesting against CPIM stalwart Bikash Bhattacharya and BJP' Anupam Hazra is also leading with nearly 2 lac votes. Chakraborty is also contesting for the first time on a TMC ticket.

Meanwhile, actress MoonMoon Sen, also contesting for TMC, is trailing behind in Asansol where Babul Supriyo, from BJP, is leading with 1.8 lac votes. Sen is trailing so far with 1.2 lakh votes.