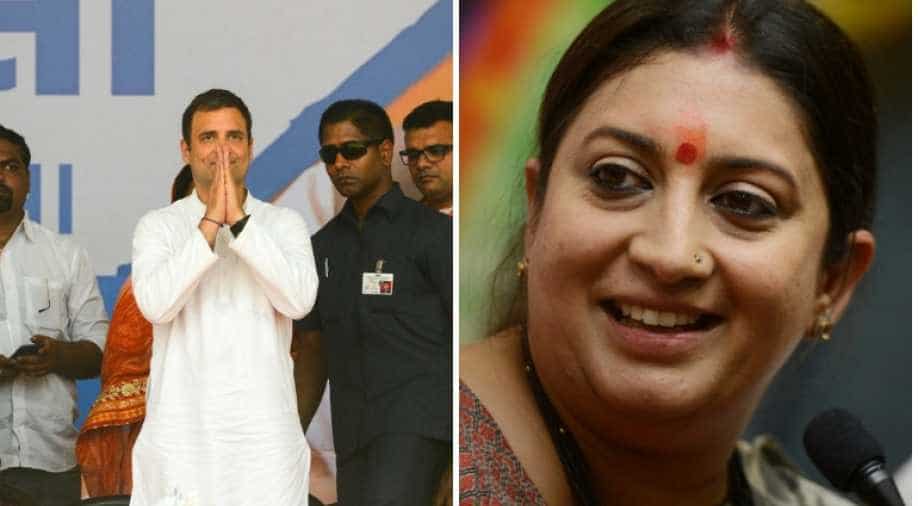 Congress's overall performance has not been up to the mark in UP.

It was the mother-of-all battle, the most-watched contest of this Lok Sabha elections, which was ultimately won by the challenger.

The battleground was Amethi in Uttar Pradesh, a dusty little town widely known as the Congress bastion and stronghold of the Gandhi family. Congress president Rahul Gandhi - who won from Amethi in 2004, 2009 and 2014 - was pitted against BJP's Smriti Irani whom he had defeated in 2014. The 2014 victory margin of one lakh votes was narrow, going by the fact that Amethi is Gandhis' family bastion, but Rahul successfully defended the seat.

In 2019 Lok Sabha polls, the fortunes were reversed and Irani emerged victorious though by a thin margin of 35,899 votes. But the win had its share of nervous moments in the form of seesaw battle during counting of votes. As soon as the counting began on Thursday morning, early trends showed Smriti Irani leading. But Gandhi was again in the driver’s seat as counting progressed. As times passed, Irani took the lead and eventually won the contest.

What makes this battle significant is that a Gandhi had not been defeated from Amethi since 1980, barring 1998. The reversal is surely going to cast a shadow on the future of Rahul Gandhi, who is leading the Congress during its most tumultous phase.

"We have to introspect, that is for sure. But let the complete result come and let us examine it first," Congress leader Brijesh Kalappa told WION. "We can then go to the drawing board and create a new plan of action," he added.

Congress's overall performance has not been up to the mark in UP. It is leading on just one seat in the state; in 2014, the party had won two.

The Congress was not part of the 'Mahagathbandhan' (grand alliance) of Samajwadi Party (SP) and the Bahujan Samaj Party (BSP) and had fielded its own candidates. This year's result has also raised questions on Congress's future which has suffered yet another defeat at the hands of the BJP. From winning 430 Lok Sabha seats in 1989, India's Grand Old Party was reduced to just 44 seats in 2014 elections. And this year's setback will make the things worse for it.