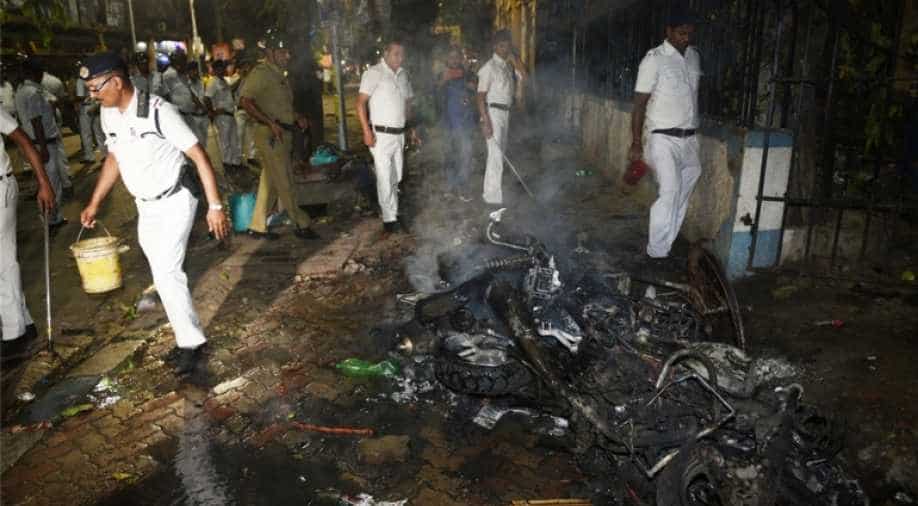 The commission had sought a report from the district magistrate on Sunday's poll-related violence in Bhatpara.

The Election Commission on Monday clamped prohibitory orders in Bhatpara in North 24 Parganas district, following violence in the area during the assembly by-election on Sunday, a senior official said. Keeping in mind the “sensitive” situation in Bhatpara, it was decided to impose Section 144 of the CrPC, the EC official told reporters here.

The commission had sought a report from the district magistrate on Sunday’s poll-related violence in Bhatpara. “Going by the report of the DM, Section 144 was clamped. It will prohibit an assembly of five or more people. Our security forces are posted in the area and we are keeping a tab on the situation,” he said.

Madan Mitra, the TMC candidate for the Bhatpara assembly constituency, on Monday, visited the EC office, accusing BJP leader Arjun Singh of “using force” to stop him from entering the town. The former state transport minister, who is pitched against Singh’s son Pawan, also said that if he was not allowed to enter Bhatpara on Tuesday, he would start a “satyagraha” (protest).

Bhatpara, considered to be the stronghold of former TMC MLA Arjun Singh, turned into a virtual battle zone on Sunday when the by-election was underway, with BJP and TMC activists allegedly clashing with each other in Kankinara under the Bhatpara Assembly constituency. Bombs were also reportedly hurled and an office of the ruling TMC in Kankinara was set on fire, as central forces restored to lathi-charge to bring the situation under control.

The violence caused injury to 14 people, damaged shops and houses, and left Mitra’s car vandalised, police said. Meanwhile, around 200 companies of central forces would continue to remain in West Bengal till May 27 in the wake of possible post-poll violence in the state, officials said. “Steps have been taken to guard the strongroom where the EVMs and the VVPATs are kept. The number of observers who will keep a tab on the counting process on May 23, has also been increased,” an EC source said.