We want to leave a legacy, says Northern Ireland's Auley 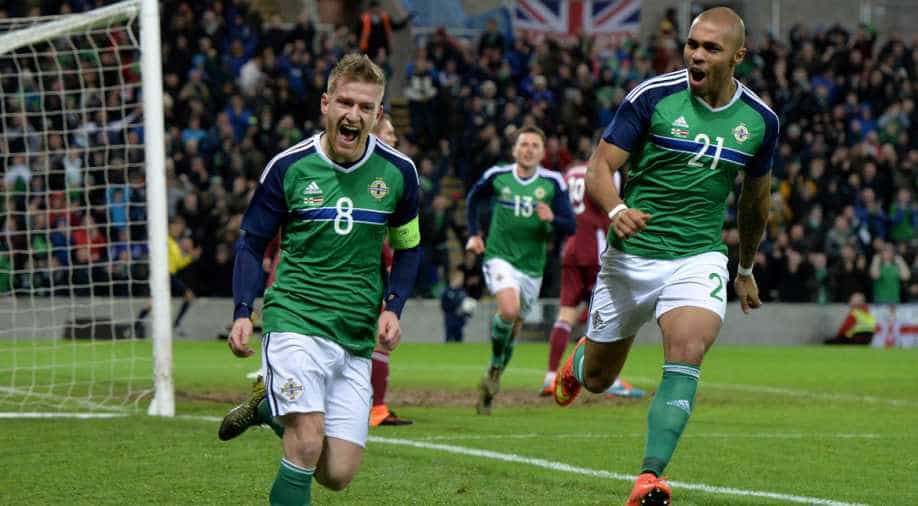 Follow Us
Northern Ireland's 2-0 Euro 2016 win over Ukraine on Thursday should help squads of the future to believe they can reach major tournaments more regularly, said defender Gareth McAuley.

The towering center back was named man of the match after a flawless performance in front of his own goal was garnished by an unstoppable header at the other end that put his team 1-0 up early in the second half.

Substitute Niall McGinn put the icing on the cake with a crafty second goal in stoppage time for the Irish who are featuring in a major finals for the first time since 1986.

"It's been a long time. We have talked about leaving a legacy in this tournament and hopefully we can get to major tournaments more often," McAuley told a news conference.

"A lot of people did not give us a chance of getting a point when the draw was made but this is what Northern Ireland are all about -- proving people wrong."

The Irish meet Germany in their final Group C match and McAuley said there was no pressure on his team although they are tantalisingly close to reaching the last 16.

"They are the world champions. It's going to be a tough, tough game but football is a romantic game too and sometimes the underdogs come through," he added.

"There is no pressure from the outside, our fans support us no matter what. They are happy to be here and that's the most important thing for us."

Coach Michael O'Neill praised his team for bouncing back from their opening 1-0 defeat by Poland and said playing at Olympique Lyonnais' new ground was a factor.

"It's a fantastic stadium to play in," he explained. "I said to my players when we arrived that if you are not looking forward to playing here, you're in the wrong industry.

"It was a fantastic performance. We were positive from the outset in every aspect," added O'Neill.

"When we came here we wanted to make sure we would head into the last game with something to play for and we've given ourselves a really good chance of qualification."

Asked if dropping five starters from the Poland game was crucial, O'Neill said: "I had big decisions to make as it's never easy to leave players out and thankfully the changes paid off."