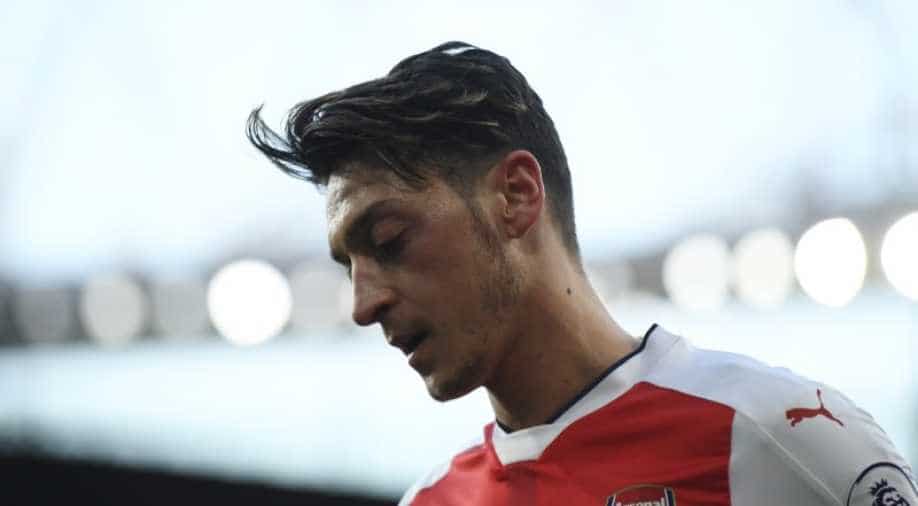 Ozil wants to know if manager Arsene Wenger is staying at the club beyond this season Photograph:( Reuters )

Mesut Ozil is ready to sign a new contract with Arsenal but the attacking midfielder wants to know if manager Arsene Wenger is staying at the club beyond this season. Wenger`s contract expires at the end of the current season, while Ozil and teammate Alexis Sanchez both have 18 months left on their deals.

"I feel very, very happy at Arsenal and have let the club know I would be willing to extend. The fans want me to stay, and now it's only down to the club," Ozil told German football magazine Kicker.

"The club knows I am here mainly because of Arsene Wenger, who brought me here and whose trust I have. The club also knows that I want clarity about what the manager is doing."

Ozil, who joined the North London club in 2013, has been criticised by former Arsenal players including Thierry Henry, who said the German international was "holding the club hostage" with his wage demands. "Everyone has a right to say what they want, but what they have to say doesn't interest me," Ozil said.

"Ex-players or other people who have a view don't know what is actually being said between me and the club,"  Ozil pointed. Arsenal are currently fifth in the Premier League with 41 points from 20 games, trailing leaders Chelsea by eight points.