The agony and the ecstasy (of Cristiano) 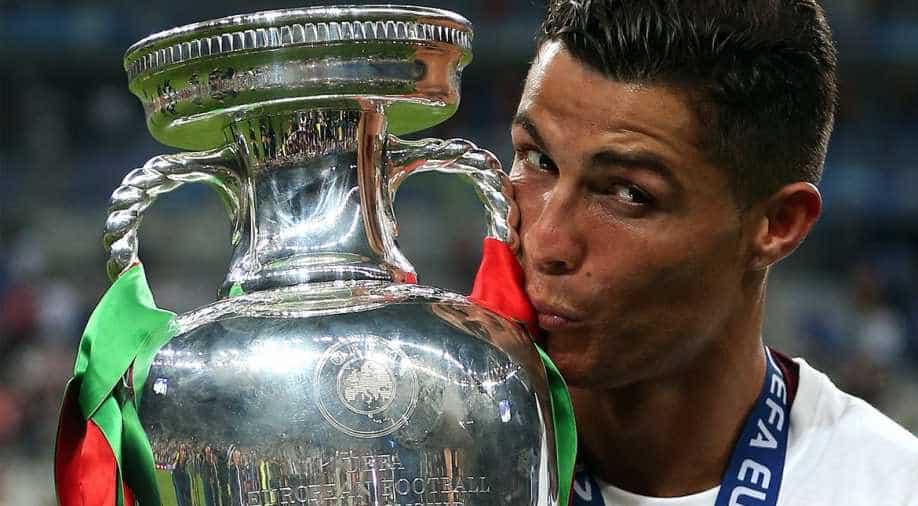 Follow Us
He has won it all at club level and has three world player of the year awards but on Sunday Cristiano Ronaldo celebrated as never before, with tears of joy streaming down his face after his Portugal beat France 1-0 to win the European Championship.

Two hours earlier, there had been very different tears after he had been taken out of the game on a stretcher, just 25 minutes into the final at the Stade de France, his night over and his team left to fight on without their talisman.

Portugal’s triumph, thanks to a long-range goal in the second period of extra time by substitute striker Eder, was their first major trophy and will ease the memory of their painful loss to Greece in the Euro 2004 final, on home turf in Lisbon.

A 19-year-old Ronaldo had played on the wing in that defeat and he must have wondered if he would ever get a chance to make amends.

"I am very happy. I have been looking for this for a long time, since 2004. I asked God for another chance at this because we deserved it,” he told reporters.

“Today I was unfortunate, I was injured but I always believed that these players, together with the strategy, would be strong enough to beat France," the Real madrid forward added.

"This is one of the happiest moments in my career, I always said I'd like to win something with Portugal. For me this is an amazing unique moment for all Portuguese."

Ronaldo’s career has been a glittering combination of individual brilliance, multiple success at club level and constant comparisons with the other great player of his generation, Barcelona’s Argentine forward Lionel Messi.

Messi has famously never won a major trophy with his country and just a few weeks ago announced he was quitting his national team after their latest disappointment -- a Copa America defeat on penalties to Chile, with Messi missing his spot-kick.

Now to add to three Premier League titles and a Champions League win from his time with Manchester United, a Spanish league crown and two Champions League triumphs with Real Madrid, Ronaldo has a major trophy with Portugal.

He was right to credit his team mates and coach Fernando Santos’s because while he may have been the man who got them to the final with his goal and assist in the last-four win over Wales, it was the squad who delivered his medal.

"It was tough to lose our main man,” defender Pepe said.

“The man who could at any moment score a goal. He could make the difference but we were warriors on the pitch. We said we would win it for him and we managed to do that."

Ronaldo had been on the field before extra time encouraging his team mates and goalscorer Eder said had made an impact.

“Cristiano told me I would be scoring the winning goal. He and all my team mates," he said.

"He gave me strength and positive energy. And that goal was really important,” he said.

Ronaldo’s critics have often pointed to his ego but Santos said his behaviour after suffering his injury had been exemplary.

"Cristiano is an amazing example. Today he tried to remain on the pitch. He was very strong in the locker room, he helped all of the boys, that 's the definition of teamwork.”