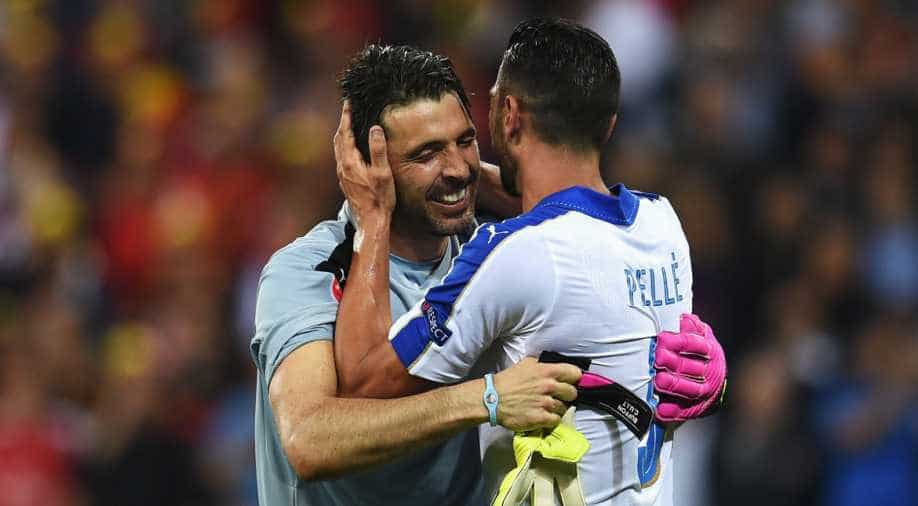 Follow Us
Italy coach Antonio Conte said before Euro 2016 that his side would have to make up for their lack of talent with tactical cunning, and they did exactly that to sink Belgium 2-0 on Monday.

In terms of pure footballing ability, Italy's current team is regarded as one of the country's weakest in years. Yet, they were still too streetwise for a Belgium team that once again failed to live up to expectations.

The Azzurri's shortage of talent is such that 38-year-old goalkeeper Gianluigi Buffon is seen as their standout performer while Daniele De Rossi, once a purely destructive presence, has been recalled to dictate the passing in midfield.

Riccardo Montolivo, Marco Verratti and Claudio Marchisio, who might have added some class, are injured while maverick forward Mario Balotelli's career has gone so far off the rails that his exclusion from the squad went almost unnoticed.

Monday's opening Group E performance was typical of Conte who won three successive Serie A titles in as many years at Juventus.

In the last few months he has talked about understanding the importance of "wearing the shirt", to the exclusion of almost anything else, and the players seem to have got the message.

Italy appeared to line up with a 3-5-2 formation but this quickly reverted to a back line of five when the opposition had the ball and changed to an attacking four when they went forward.

It required extraordinary work from the players and Italy were wilting by the end.

The defence, featuring Juventus trio Giorgio Chiellini, Leonardo Bonucci and Andrea Barzagli, was outstanding but this was by no means the sort of negative or cynical performance that has marred Italy's reputation in the past.

Conte's men looked to attack in numbers when they had the chance and, for all of Belgium's possession, Thibaut Courtois was the busier goalkeeper.

There was some gamesmanship to start with, but it didn't last. Having cleverly avoided any yellow cards in the first hour, Italy picked up four in the last third of the match as they stopped counter-attacks at all cost.

Two excellent goals from Emanuele Giaccherini and Graziano Pelle capped Italy's display. Giaccherini's goal was his first in internationals since the Confederations Cup three years ago.

In the meantime he has gone from a fringe player at Juventus to struggling for a place at Sunderland and finally to unglamorous Bologna, an example of how workmenlike players have replaced Italian artists such as Andrea Pirlo.