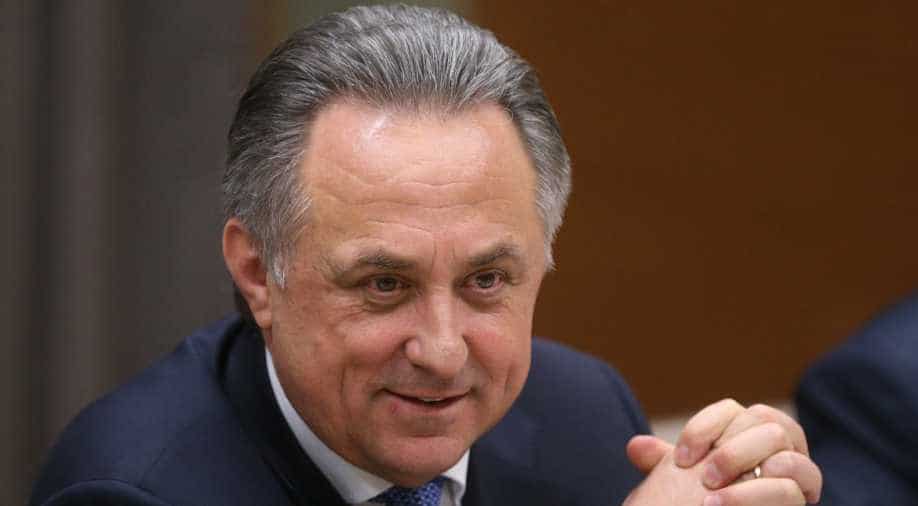 Russian sports minister Vitaly Mutko said allegations that he had helped cover up a top footballer's positive doping test were silly. Mutko added that he and Russia were being smeared as payback for winning the right to host the 2018 FIFA World Cup.

Mutko, who is battling to end a doping scandal that has placed a question mark over Russian athletes' right to compete at the 2016 Rio Olympics, was responding to allegations against him made by German public broadcaster ARD/WDR.

The German broadcaster, whose reports led to the suspension of Russia's track-and-field athletes, said an alleged internal sports ministry e-mail exchange discussing a footballer's failed test said the matter should be forwarded to 'VL'. That, it said, referred to Vitaly Leontiyevich Mutko.

"Initials could be interpreted in a different way," Mutko was quoted as saying today by the TASS news agency. "How could I help to hide this? Destroy it myself? This is silly stuff, unconvincing."

After being suspended by the International Association of Athletics Federations (IAAF) last year, Russia is trying to convince sports authorities that it is serious about rooting out cheats in time for the Rio de Janeiro Olympics in August.

The IAAF will decide whether Russia has done enough to have that ban overturned at a meeting in Vienna on June 17.

"One of the reasons for the doping scandal with Russian sportspeople is the desire to dredge for compromising information with regard to the 2018 World Cup," he was quoted as saying by the RIA news agency.

"First they tried through FIFA but didn't succeed," he said. "Now they are investigating the laundering of bribes, they are trying to get in from the other side."