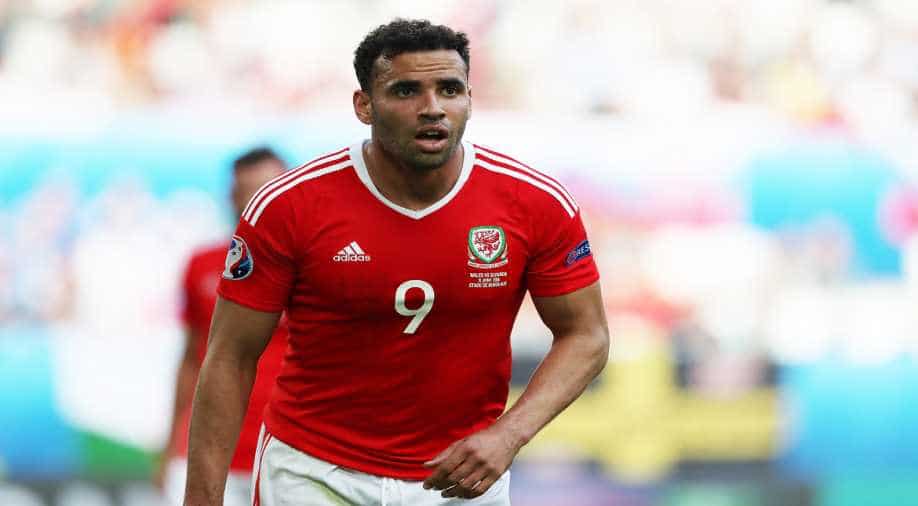 Hal Robson-Kanu of Wales in action during the UEFA EURO 2016 Group B match between Wales and Slovakia at Stade Matmut Atlantique on June 11, 2016 in Bordeaux, France Photograph:( Getty )

Follow Us
Wales manager Chris Coleman has rewarded Hal Robson-Kanu for coming on and scoring the winner against Slovakia with a place in the starting lineup against an unchanged England side in their Group B clash at Euro 2016.

Coleman has made three changes to the side that started against the Slovaks, with Wayne Hennessey starting in goal instead of Danny Ward and Joe Ledley replacing David Edwards, while Robson-Kanu takes the place of Jonathan Williams.

Currently without a club, Robson-Kanu came off the bench to net the winner in the 2-1 victory over Slovakia, while England drew their first game 1-1 after conceding a late goal to Russia.

Wales currently top Group B by three points and can secure their passage to the knockout stages with a win over England in Lens.

England manager Roy Hodgson resisted the temptation to make changes to his side after a lively display against Russia, which means striker Harry Kane and winger Raheem Sterling retain their places despite disappointing in the opener.
(Reuters)