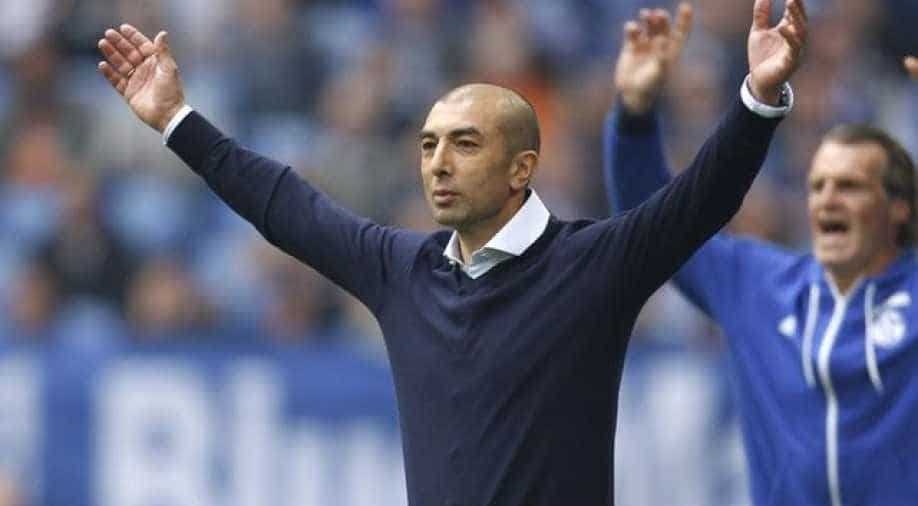 Roberto Di Matteo has been handed the task of restoring Aston Villa's fortunes after the seven-times English champions announced the Italian as their new manager today.

The 46-year-old, who won the Champions League during a short spell in charge of Chelsea in 2012, takes over weeks after the club was relegated from the Premier League.

"It's a wonderful honour for me to become manager of this great football club and I'm looking forward to the challenge of taking Aston Villa back to its rightful place," Di Matteo said.

Di Matteo has previously worked as a manager in the second-tier Championship, gaining promotion with West Bromwich Albion in 2009-10.

Villa will be hoping that their new manager can have a similar impact after a dreadful season in which they finished bottom with only three wins and sacked two managers, Tim Sherwood in October and his replacement Remi Garde in March.

Swiss-born former Italian midfielder Di Matteo played for Lazio and Chelsea. He once scored after 42 seconds in the 1997 FA Cup final against Middlesbrough.

He won two FA Cups, a League Cup and a UEFA Cup Winners' Cup while at Stamford Bridge and returned to Chelsea as assistant manager to Andre Villas-Boas in 2011, stepping up as interim manager when the Portuguese was sacked in March 2012.

Against all expectations, he guided Chelsea to a Champions League semi-final defeat of Barcelona and then beat Bayern Munich on penalties in the final in their own stadium.

Di Matteo was rewarded by being appointed manager on a permanent basis but by November he had fallen out of favour and was sacked after a Champions League defeat by Juventus.

Since then he managed Schalke 04 in the Bundesliga but resigned in May 2015.