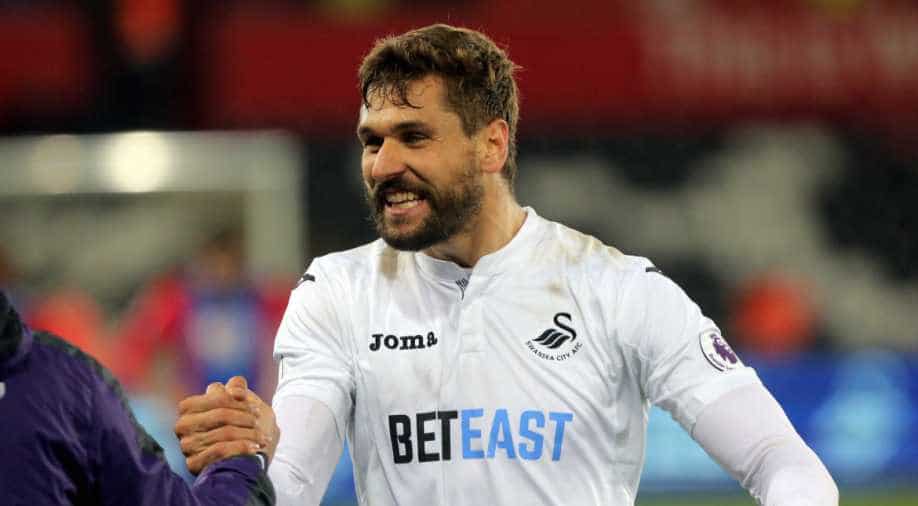 A Gylfi Sigurdsson free kick and a brace from Leroy Fer put them 3-1 midway through the second half. In photo: A delighted Fernando Llorente of Swansea City during the Premier League match on November 26, 2016. Photograph:( Getty )

Fernando Llorente's two injury-time goals saw Swansea come from behind to snatch a thrilling 5-4 win over Crystal Palace in an amazing see-saw game at the Liberty Stadium, snapping an 11-game winless streak and handing the Eagles their sixth straight defeat.

Wilfried Zaha opened the scoring for Palace but Bob Bradley's Swans looked set for their first win since the opening day of the season as a Gylfi Sigurdsson free kick and a brace from Leroy Fer put them 3-1 midway through the second half.

Unbowed, Alan Pardew's Palace came roaring back, James Tomkins forcing home a corner and Jack Cork deflecting the ball into his own net before Christian Benteke put the visitors 4-3 up with just six minutes left.

But Llorente netted twice in the 91st and 93rd minute to put the home side back on top, and they hung on grimly through seven minutes of injury time for the three precious points that take them off the bottom of the table.