Northern Ireland own goal seals it for Wales, sends it to quarter-finals 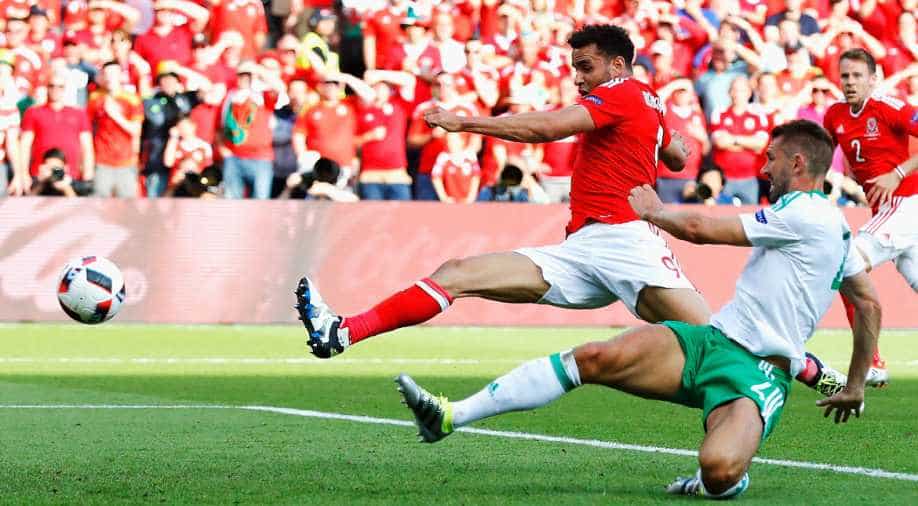 Gareth McAuley (in white shirt) of Northern Ireland turned a Gareth Bale cross into his own net 15 minutes from time. Photograph:( Getty )

Wales reached the Euro 2016 quarter-finals with a 1-0 win over Northern Ireland on Saturday, thanks to an own goal by Gareth McAuley in a poor encounter at the Parc des Princes.

Centre back McAuley turned a Gareth Bale cross into his own net 15 minutes from time in the all British last-16 clash.

The Irish had their best chance in the first half when Stuart Dallas's fierce strike was parried away by goalkeeper Wayne Hennessey.

Wales will play Belgium or Hungary, who meet on Sunday, for a place in the semi-finals next Friday in Lille.