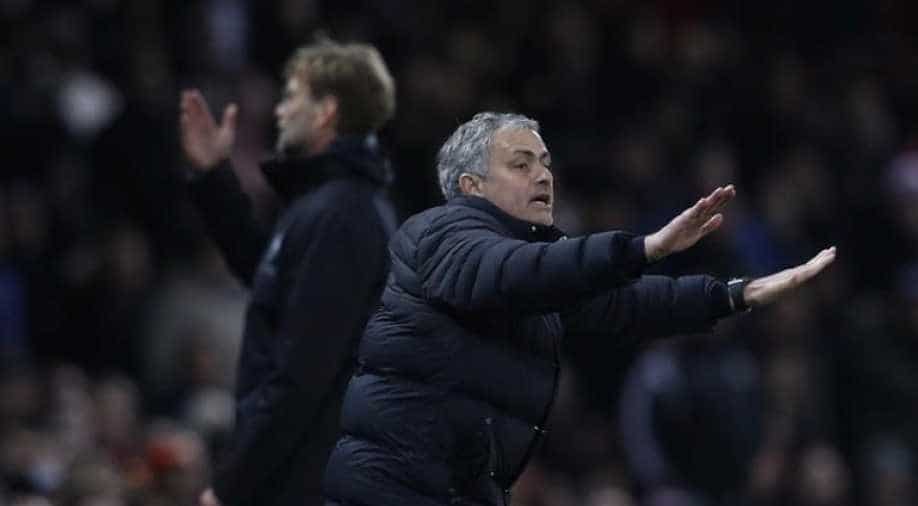 Manchester United manager Jose Mourinho played down the touchline confrontation that flared up between him and Liverpool manager Juergen Klopp near the end of Sunday's Premier League draw. As both teams looked for a late winner in an increasingly tense match at Old Trafford, the rival managers squared up to each other but Mourinho reckoned after shaking Klopp's hand at the end of the game that there was no problem between them.

The incident occurred when United midfielder Ander Herrera pulled the shirt of Liverpool's Roberto Firmino, then fell to the floor holding his face after actually being pushed by the Brazilian in the chest. Klopp seemed to feel Mourinho was calling for Firmino to be sent off and the German evidently felt Herrera was feigning injury. The two managers then had a heated argument, Klopp getting particularly animated, as the fourth official separated them.

Asked if there had been a problem with Klopp, Mourinho told reporters: "No. He thought I was asking for his player to be sent off. I wasn't. No problem at all. I think the game was correct, I think the players gave everything in an emotional way, professional way. I think the referee Michael Oliver managed very well that part of the game," Mourinho felt. "I think the game was great publicity for the Premier League all around the world," he gushed.